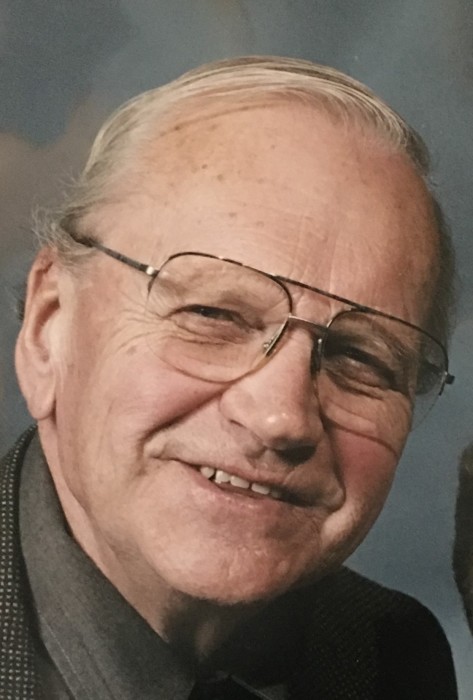 A. Charles Olson, 87, of Duluth, passed away peacefully, Tuesday, October 2, 2018 at The North Shore Estates with his wife by his side. Charles was born on March 29, 1931 in Duluth to Albin and Bettie Olson. Charles graduated from Denfeld High School and served in the US Army. He graduated from UMD and earned his Law degree from the University of Minnesota Law School. Charles was a well respected Attorney, working for over 50 years in Duluth. Charles was a member of Kenwood Lutheran Church and a former member of the Aad Temple Shrine. He enjoyed spending time with his family and the view from his deck overlooking his backyard. He was proceed in death by his parents; his sister, Joyce Broadwell; a nephew, Paul Broadwell. He is survived by his wife, Jean; two daughters, Cheryl Olson (Chad Blaha) of St. Paul and Karen Olson (Kathy Kiergaard) of Duluth; a son, Eric Olson of Burnsville, MN; seven grandchildren, Madi, Connor, Nathan, Hayden, Zander, Anton and Corbin; one niece, Jan Spaeth and two nephews, Kelly Broadwell and Jay Broadwell. The family would like to thank the staff at Ecumen Lakeshore and The North Shore Estates for the wonderful care and compassion they provided. Visitation 10 a.m. until the 11 a.m. funeral service Saturday, October 6, 2018 in Kenwood Lutheran Church. 2720 Myers Ave Duluth MN 55811. Pastor Jeffrey Holter officiating. Burial in Park Hill Cemetery. Military Honors accorded by the Duluth Honor Guard. Memorials to the Second Harvest Northern Lakes Food Bank would be appreciated. Arrangements by Williams Lobermeier Boettcher Funeral Home.

To order memorial trees or send flowers to the family in memory of A. Olson, please visit our flower store.