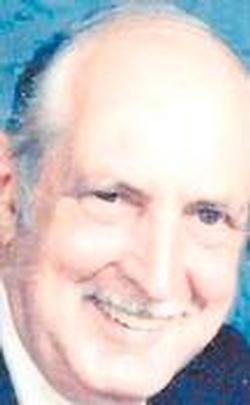 Albert E. Stingley, 88, Duluth, died Oct. 6, 2015 at his home with his family at his side. He was born in Aitkin, Minn., to Eldo and Kathrine "Nellie" Stingley. Albert was a World War II Era Army veteran. He had worked as a Dry Cleaner for many years, first at Holzberg's Cleaners in Superior and then retiring from Dee Independent Cleaners in Duluth. He was member of the West Duluth American Legion, St. Louis County Rescue Squad and also volunteered at the Salvation Army. Albert was an avid gardener and a great musician. He enjoyed playing the guitar and singing with his children and grandchildren which left them all with lifetime memories. Albert was preceded in death by his first wife Lorraine; second wife Alice and sister Mabel "Babe" Packer. He is survived by his children: Roger (significant other Lori Jablinske), of Duluth, Allen (Doris) Mosinee, Wis., Carla (John) Theisen, Oakdale, Minn., Lloyd (Colleen), Duluth, Linda (significant other Bill Davis) Styniski, Duluth, Cynthia (Bruce) Wolfe, Deer River, Minn., and many, many grandchildren and great-grandchildren. He will be greatly missed by his side kicks, Taco, Snoopy and Dex the dogs. The family would like to thank the Hospice Team from Essentia Health for all of their help. VISITATION: 1 p.m. until the 2 p.m. service Sunday in Williams-Lobermeier-Boettcher Funeral Home. Following the service there will be a gathering of friends and family in the Proctor Moose from 3:30 to 5:30 p.m. Burial at Oneota Cemetery.

To send flowers to the family in memory of Albert Stingley, please visit our flower store.