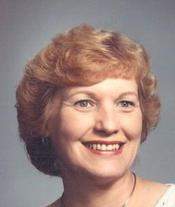 Alice Josephine was born on November 16, 1940 in Chicago, IL to Thomas J. & Helen A. (Pawlak) Howard. She moved with her family to West Duluth in 1943. She was a member of St. James Catholic Church. She was a devotee at the Chapel of the Innocence since it started in 1995. She attended St. James School graduating in 1955 and graduated Cathedral High School in 1958 & UMD in 1962. She worked for many years with the First Bank system in Minneapolis, Chicago & Duluth. She retired as bookkeeper from the YWCA in 2000. She enjoyed bowling many years with her sisters and played bingo at the American Legion of West Duluth. She married Gerald E. Norlund in 1982. She is preceded in death by her parents, her husband Gerald in 2000, her granddaughter Chasity Miles in 1994 and her brother James Howard in 2011. She is survived by son Michael (Colleen) and granddaughter Danica Miles, of Toms River, NJ, and daughter Sarah (Harold) Miles-Williams Jr. of Birmingham, AL. Her brothers Terence (Marlys) Howard, Peter (Barbara) Howard, Timothy (Gina) Howard. Her sisters Marilyn (Kermit) Cook & Judith Paplior, & sister in law Corrine Howard. Also her step-children Gerald Jr., deceased (Ruth) Norlund, Jeffery (Tammi)Norlund and Judith (Michael) Tucci, and six step-grandchildren, Laura, Jacob, Luke, Katie Norlund, Michael and Hayden Tucci and many nieces and nephews. Her children, family, grandchildren & friends where always a great comfort to her. She enjoyed life to its fullest while suffering from great illnesses. Visitation Thursday 5-7PM with wake prayers at 6:30PM, all at Williams-Lobermeier-Boettcher Funeral Home. Mass of Christian Burial Friday 11AM at St. James Catholic Church, Duluth. Burial at Oneota Cemetery.

To send flowers to the family in memory of Alice Norlund, please visit our flower store.