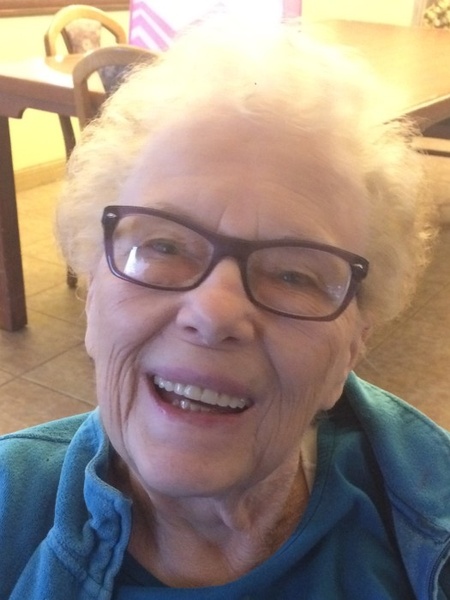 Ann Louise Herbaugh Dawson, 86, of Duluth, passed away Sunday, November 5, 2017 at Diamond Willow Assisted Living in Proctor.  She was born to James Abraham Herbaugh and Mary Ellen Trant on July 27, 1931 in Hartford City, Indiana.  She was baptized at St. John’s Catholic Church and spent her first 6 years on the family farm until her father’s tragic passing.  Her family was her greatest treasure in life, Ann adored her mother and cherished her sister and best friend Carol Jean. She was proud of her brother Jim, his brilliance and accomplishments.  Ann considered herself a true “Hoosier,” often quoting lines from the poet James Whitcomb Riley.  She was a vibrant member of the Blackford County community who had a passion for music. She loved to sew, play piano and studied opera.  Her eclectic taste included opera scores, Broadway musicals, popular music from the 40’s, 50’s and Dixieland Jazz.  She graduated from Hartford City High School in 1949 and later earned her undergraduate degree from Ball State University in Muncie, Indiana.  Ann was a charter member of the Phi Epsilon Chapter of Chi Omega Sorority. She shared many memories of her sorority functions and times spent with her “sisters.”  She received a Dietician Certificate at Purdue University in West Lafayette, Indiana.  In 1961, she married her former husband, William Dawson in Columbus, Ohio. Her life as a military wife and mother began.  She traveled the country and would often joke that she marked each move with the birth of another child.  She was a devoted mother who instilled in her children the importance of a good education, a faithful following and the forever advice; ‘if you were going to fight, go outside.’ In 1974, US Air Force brought the family to Duluth, Minnesota.  Ann became a member of the Cathedral of Our Lady of the Rosary.  She was a Cub Scout den mother and belonged to the PTA.  She co-founded the Duluth Association for Children with Learning Disabilities (DACLD). She spent time tutoring children and made many lifelong friends thru this organization. From 1979 until 1996, Ann was best known as the Ice Cream Lady when she owned and operated a Baskin Robbins in the Mount Royal Shopping Center. She was preceded in death by her parents; two brothers, James Samuel and James Abraham, and a beloved Sister-in law, Wilna Browning.  She is survived by her sister  Carol (Bob) O’Rourke of Lebanon, Indiana, six children: William “Danny” (Sherri) Dawson of Lincoln, NE, Jamie Dawson of Duluth, Minnesota, Theresa (Ron) Flesvig of Duluth, Lizabeth Dawson of Stillwater, Minnesota, Neal (Amy) of Lakeville, Minnesota and Margie Harmon of Dane, Wisconsin;  Grandchildren: Liam, McKinely, Fiona, Collin, Logan, Loren, Carolyn, Will (Katie), Walter, Josie, Evelyn, Lillian, George, Connor and Anna and many nieces and nephews. The family would like to thank the staff at Diamond Willow for the exceptional care provided to our mother. Visitation is 4:00 to 6:00 PM on Sunday, November 12, 2017 in Williams Lobermeier Boettcher Funeral Home with a Rosary Service at 5:30 PM. Visitation will continue on Monday from 10 AM until the 11 AM Mass of Christian Burial at the Cathedral of Our Lady of the Rosary, 2801 East 4th St, Reverend Father Jeremy Bock officiating. Burial in Hartford City Cemetery, Hartford City, Indiana, 11:00 AM Friday, November 17, 2017.

To send flowers to the family in memory of Ann Dawson, please visit our flower store.