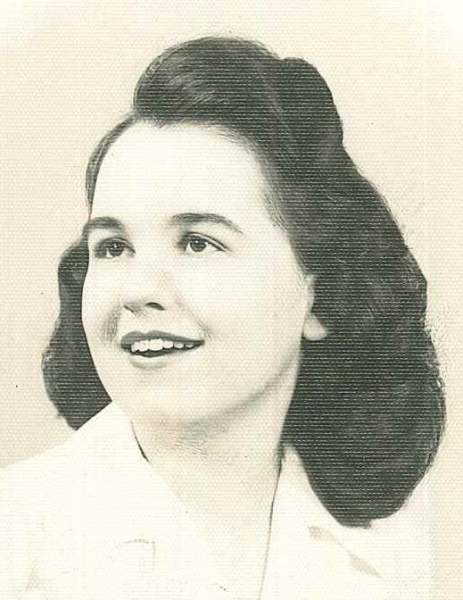 Anne G. Smith, age 95, of Duluth, passed away on Tuesday, December 15, 2020. She was born in Gilbert, Minnesota, on March 2, 1925, to Frank and Filomena Tellerico; the youngest of six children. Anne graduated from Gilbert High School in 1943 and from the Hursh Business College in Duluth in 1946. On May 27, 1950, she was united in marriage to Russell Smith of Hibbing in St. Joseph’s Catholic Church in Gilbert. After their marriage, they lived with Anne’s mom, who required assistance, for a period of 9 years until her death in 1959. These were rewarding years because her mom was priceless and a joy to take care of. Russ and Anne then moved to Duluth for his employment at DM&IR, while Anne worked for a law firm in Duluth. Anne enjoyed making pizzelles, playing cribbage, dressing up for Halloween with Russ, walking early every morning and bowling at Country Lanes and Skyline. Anne was a member of Holy Family Catholic Church. Anne was preceded in death by her husband; her parents; brothers, Anthony (Sarah), Sam (Opal), and Angelo (Frances) Tellerico; sisters, Lena Tellerico and Jennie (Richard) Sommerfelt; brothers-in-law, Al (Ruth) Smith and Clifford (Mary) Smith. She is survived by her daughter, Phyllis (Wally) Michelizzi; grandchildren, Megan and Tyler Michelizzi; and numerous nieces and nephews. A special thank you to Waterview Shores in Two Harbors and Edgewood Memory Care and Assisted Living in Hermantown for the wonderful care that Anne received. Due to the pandemic, a private family service will be held at Holy Family Catholic Church. Burial will be at the Gilbert Cemetery. Arrangements by Williams Lobermeier Boettcher Funeral Home.

To send flowers to the family in memory of Anne Smith, please visit our flower store.