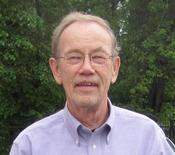 Antti A. I. Lepisto died at his Duluth home on August 10, 2012, of pancreatic cancer. He was born August 31, 1932, in Moose Lake, MN, son of Pastor Antti and Sigrid (Hakola) Lepisto. He graduated from Denfeld High School, received a Bachelor of Arts from the University of Minnesota Duluth, a Masters of Divinity from Northwestern Lutheran Theological Seminary, a Doctor of Humane Letters from Finlandia University, and did additional graduate work at the University of Helsinki and Luther Seminary. During the Cold War, he was a Hungarian translator for the National Security Agency.

Following his ordination in 1961, Antti served parishes in Mass City MI, Centuria WI, Alvarado/ Tabor MN and DeKalb IL. His diverse calls also included ministry to new immigrant Finns in western Canada, drug and alcohol addiction counseling, and church consulting as an Alban Institute referral consultant. In 1993, Antti was elected president of the Suomi (Finnish) Special Interest Conference of the Evangelical Lutheran Church in America, a position he held until his death. His passion for mission and his Finnish-language skills served the Church as he led the Conference to establish a relationship with the re-emerging Evangelical Lutheran Church of Ingria in Russia.

Visitation will be at First Lutheran Church, 1100 East Superior Street, Duluth, from 7:00-9:00 p.m. Tuesday, August 14, and 10:00 a.m. until the 11:00 a.m. service on Wednesday, August 15. Burial will be in Park Hill Cemetery. In lieu of flowers, memorials are suggested to Finlandia University or the Suomi Conference for the ministries of the Petrozavodsk congregation in Russian Karelia. To sign the guest book on line, visit www.wlbfuneralhome.com. Arrangements by Williams Lobermeier Boettcher Funeral Home.

To send flowers to the family in memory of Antti Lepisto, please visit our flower store.