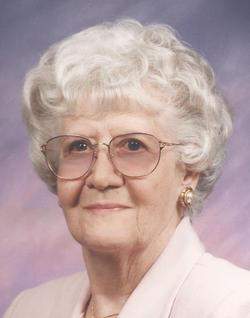 Bernice Margaret Strand Moore, 103, of Miller Hill Manor and Edgewood Vista, died Wednesday, August 31, 2016 at Viewcrest Health Center. She was born in Duluth on May 8, 1913, daughter of Anton and Mathilda Strand. She was a graduate of Denfeld High School in 1931 and the Young & Hursh Business College. Bernice was an active member of her Class Reunion Committee. Bernice married William Moore in 1943 in San Francisco. While living in San Francisco, she was an executive secretary for Phoenix Indemnity Company. Returning to Duluth she worked as a secretary for Pickands Mather Company. After raising their two daughters, Bernice returned to work as a secretary to the General Manager of Clyde Iron, retiring in 1975. Bernice was a member of Bethany Lutheran Church, its Lydia Circle and the Sunshine Club. She was a member of Trinity Chapter of Eastern Star. She served many years as a volunteer at St. Luke's Hospital, and had been a driver for Meals on Wheels. Bernice and her husband moved to Lake Nebagamon in 1975, and after her husband's death in 1978, she returned to Duluth. She was preceded in death by her husband, her parents, two brothers, Robert and Russell Strand, and a sister, Florence Zoe. She is survived by two daughters, Kathleen (Marshall) Day of Georgia and Marilyn (David) Lueck of Duluth; five grandchildren, Patrick Day, Marshall Day Jr, and Kathleen Day, Lynsey Lueck and Steven (Sarah Fritz-Lueck) Lueck; Bernice was a devoted and loving mother and grandmother and will be missed. Visitation 1 until the 2 p.m. funeral service Monday, September 5, 2016 in Bethany Lutheran Church. 2308 West 3rd St. Rev. Judy Anderson-Bauer officiating. Burial in Park Hill Cemetery. In lieu of flowers, memorials to Bethany Lutheran Church would be appreciated.

To send flowers to the family in memory of Bernice Moore, please visit our flower store.