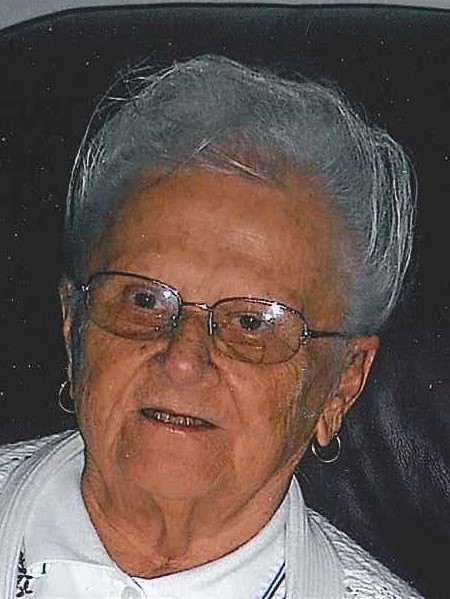 
Bertha Catherine (Borich) Panyan, age 90, of Duluth, died Saturday, February 29, 2020 at the Benedictine Living Community. She was born in Duluth July 1, 1929 to John and Victoria (Snydle) Borich. Bert was a 1946 graduate of Morgan Park High School. She married Edward Panyan on June 17, 1950 at St. Elizabeth’s Catholic Church. Bert’s banking career started at Central State Bank in Gary New Duluth, followed by Morgan Park State Bank, and retiring from Western National Bank in 1992. She also worked at Black Bear Casino as a cashier. Bert volunteered at Stowe School and Caribou School, as well as Miller-Dwan Hospital. She was a member of St. Elizabeth’s Catholic Church where she was involved with many of their activities, including bazaars, church dinners, and cleaning. Bert loved people, a good joke and a good laugh. She loved her dog Peanuts and her grand dogs Josh, Felix and Sammy. Bert was preceded in death by her parents, and her husband Edward in 1986. She is survived by her daughters Bev (Ted) Wenum of Menomonie, WI and Kathy (Gary) Eisenach of Duluth; two grandsons: Brent (Amy) and Ryan Eisenach; four great grandchildren: Taylor, Nick, Teagan and Mackenzie; her sister Patricia Erickson of Lino Lakes, MN; her sister-in-law Donna Borich of Duluth; and nieces and nephews. Bert’s family would like to thank the Benedictine Living Community’s Safe Harbor staff for providing such good care to their mother. VISITATION: Wednesday, March 4th. From 10-11 am, followed at 11 AM with the Mass of Christian Burial at St. Elizabeth’s Catholic Church in Duluth. Burial will be at Oneota Cemetery. If so desired, memorials may be directed to the Gary New Duluth Recreation Center. Arrangements by Williams- Lobermeier-Boettcher Funeral Home, Duluth, 218-624-1059

To send flowers to the family in memory of Bertha (Borich) Panyan, please visit our flower store.