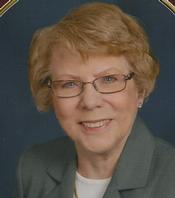 Betty Jane (Hanson) Cran Berg, age 87, passed away peacefully at home on Friday, September 6, 2013 after an extended battle with ovarian cancer. She was born January 29, 1926 to Simon and Hannah (Nystrom) Hanson. She was a life-long Duluthian. She graduated from Denfeld High School in 1943. As an early adult, she worked in a variety of office jobs. She thoroughly enjoyed the busy workings of an office and was a proficient administrative secretary. She was a long-time employee of ISD 709 (Duluth School System). She was a school secretary at Bryant, Merritt, Nettleton and Lincoln Junior before transferring to the Central Administration where she served as the secretary to the Assistant Superintendent of Schools. She retired in 1990. She married James A. Cran on January 2, 1954 and they celebrated over 25 years of marriage before his death on December 20, 1979. They raised 3 children: Deborah, Cynthia and James. She married Roy A. Berg on September 22, 2007 at the young age of 81. She enjoyed spending time with her family, traveling, and doing the daily crossword puzzle. Betty was independent, matter of fact, loving, generous and kind. She battled her disease with determination, stoicism, grace and acceptance. She was a long-time member of the Lutheran Church of the Holy Trinity and also attended Our Savior's Lutheran Church. She was a member of the Rebecca Circle at Holy Trinity. She was a member of the West Duluth American Legion Auxiliary and was an active member of her high school reunion committee. She was predeceased by her parents, first husband James Albert Cran, sisters Anne Fransk and Elaine Anderson, and brothers Stanley (Sonny) Hanson, Wallace Hanson, Richard Hanson and Roger Mohn. She is survived by her husband, Roy, daughters Deb Cran (Bob Craven) of St. Paul and Cindy Stratioti (Jeff) of Duluth, son James (Connie) of Helensvale, QLD, Australia, and four grandsons: Peter Stratioti of Duluth, David Stratioti of St. Louis Park, Jack Craven of St. Paul, and James Albert Cran of Helensvale, Australia. She is also survived by a brother Robert (JoAnn) Mohn of Eveleth and in laws Beverly (Jerry) Wettergren of Centerville, MN, Jerry (Beverly) Cran and Marilyn (Gordon) Lundquist of Duluth, Joyce (Ben) Butters of Green Valley, AZ, David Cran, of Daniel Island, SC, and cousins, nieces and nephews. She is further survived by Roy's children Bob (Kim) Berg of Coon Rapids, Richard (Beverly) Berg of Knife River, Judy (Mike) Spehar of Duluth, and grandchildren and great-grandchildren. The family would like to thank Dr. Bret Friday for his thoughtful and compassionate care and the Essentia St. Mary's Hospice Team for their support and assistance over the past months. "Nothing is forever. There is only now, the moment, the love you bear, the knowledge that loving is about letting to, and that the power of a person's grief is a reflection of the depth of their love." (Emily Rapp - author of the Still Point of the Turning World) Visitation 5 to 7 p.m. Tuesday, Sept 10, 2013 in Williams Lobermeier Boettcher Funeral Home and will continue from 10 until the 11 a.m. funeral service Wednesday in The Lutheran Church of The Holy Trinity, 2701 West 3rd St, Pastor Gregory Daher officiating. Burial in Park Hill Cemetery. Memorials to The Lutheran Church of The Holy Trinity, Essentia Health St. Mary's Hospice and Palliative Care of Duluth, or the Foundation Fighting Blindness, PO Box 17279, Baltimore MD 21297-0495 would be appreciated.

To send flowers to the family in memory of Betty Berg, please visit our flower store.