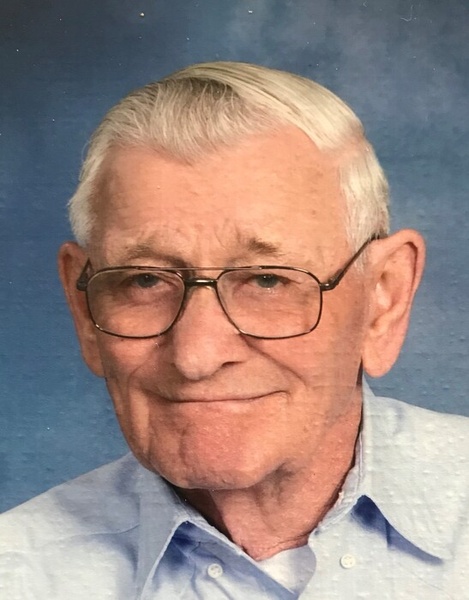 Billy John Brackett, 87, of Duluth, died Wednesday, May 20, 2020 at the Golden Oaks Assisted Living Community in Proctor. Billy surprised everyone when he was born into the world prematurely on September 16, 1932 in Pence, WI to John and Alice (Kamppi) Brackett. Although he only weighed a couple pounds, he was a fighter and survived against all odds. He was the oldest of 9 rowdy siblings. As a young man he headed west and worked as a “cowpuncher” in the Wyoming/Montana area. Billy served in the Army during the Korean War and was stationed in Germany as part of the occupation forces. He worked as a farrier for a time, and as truck driver at Springhill Dairy, Peterson Brothers and Ulland Brothers. He retired from Ulland Brothers in 2005.  Billy was a cowboy at heart and loved all things western. He was both a competitor and spectator at many a rodeo and raised, bred and showed horses. Among his other interests were stock car racing and shooting sports. He also enjoyed being involved with anything his children, and later his grandchildren, participated in. This included going to motocross races, airshows, horse shows and even becoming a licensed pilot himself. He loved traveling the country, visiting family and friends along the way. He was always willing to help his family, friends and even complete strangers in any way he could. He remained young at heart; ready to join in on any fun and games. Last but certainly not least, Billy loved the Lord. He was preceded in death by his parents and a brother, Brian. Billy is survived by his close friend and former wife, Sharon, three children, Torrey (Shari) Brackett of Sierra Vista, AZ, Terry (Jeneane) Brackett of Harris, MN and Darcy (Paul) Lies of New Rockford, ND; his siblings, Gene (Kathy) Brackett of Rockledge, FL, Janice Woodard of Springfield, IL, Bonnie White of Grand Prairie, TX, Judy Brackett of Duluth, Kay (Charles) Cavin of Frankston, TX, Dennis (Joyce) Brackett of Yakima, WA and Denise (Jack) Findlay Mountainburg, AR; three grandchildren, Nicholas Brackett, Alexander Brackett and Delana Thomas; many nieces, nephews, cousins and dear friends. The family would like to express their sincere thanks to the staff at Golden Oaks and Debbie at St. Luke’s Hospice for their loving care of Billy. A family service and burial at Sunset Cemetery in Moose Lake, MN have taken place. Arrangements by Williams Lobermeier Boettcher Funeral Home.

To send flowers to the family in memory of Billy Brackett, please visit our flower store.