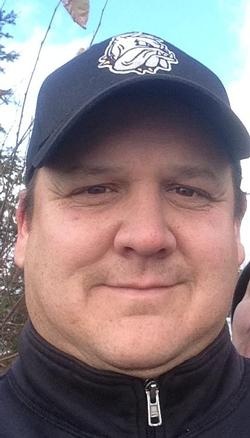 Brian J. "Rozi" Mrozik, 44, of Esko, passed away in his sleep on Thursday, July 28, 2016. Brian was born on February 28, 1972 in Duluth to Charlene (Tondryk) and James Mrozik. Brian was a 1990 graduate of Proctor High School and attended Itasca Community College. He married Donna Colletta on June 9, 2001 in Superior and currently works for Swanstrom Tools as a finishing tech. Brian was very active with his kids, especially when it came to sports. He loved watching and coaching his kids in hockey, baseball and football. Brian enjoyed the outdoors, hunting and fishing with his dad and sons. He was preceded in death by his paternal grandparents, Vandelyn and Joseph Mrozik, maternal grandfather, Mike Tondryk ; maternal step grandfather, Clayton Francis and a father-in-law, James Voyles. He is survived by his wife, Donna; two sons, Wyatt and Trevor; his parents, Charlene and James Mrozik; two sisters, Becky (Stuart) Sorenson and Bridget (Darrin) Sullivan both of Cloquet; maternal grandmother, Violet Francis of Duluth; mother-in-law, Janice Voyles of Proctor; father-in-law, John Colletta of Chicago; a brother-in-law, John (Robin) Colletta of Florida; niece and nephews, Jordyn, Jack, Declan, Conor, Jacob and John. Visitation will be from 10 until the 11 a.m. funeral service Tuesday, August 2, 2016 in St. Matthews Lutheran Church, 4 Elizabeth Ave, Esko, MN.

To send flowers to the family in memory of Brian Mrozik, please visit our flower store.