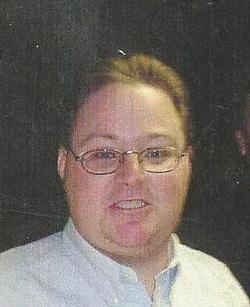 Brian Jacob Respler, 37, of Duluth, died Saturday, December 19, 2015 as a result of a tragic car pedestrian accident. Brian was born in Staten Island, New York on October 24, 1978. He attended a technical school in New York and studied camera and film production. While in New York, Brian was involved with C-TV. Brian moved to Duluth in 2003 and met and married Holly Ness. Brian worked for Goodwill Industries and was assistant team leader with the Webelos Troop 25. Brian also worked at PAC-TV, where he produced his own show, The Wrestling Connection. Brian was most proud of his children and very active in their activities. He was the kind of guy that would always help someone in need. He was preceded in death by his maternal grandparents, Samuel and Beatrice Lin, his father-in-law, Chuck Ness and aunts and uncles, Sid and Thelma Respler and Donna and David Hayden. Brian is survived by his wife, Holly; three sons, Benjamin, James and Edward; a daughter, April; his mother, Melanie Lin of Duluth; a brother, Richard Respler of Staten Island, NY; mother-in-law, Karen Ness of Duluth; numerous aunts, uncles and cousins including Faith Respler, Marci Hayden-DiClerico and Shari Hayden. Visitation 10 a.m. until the 11 a.m. funeral service Monday, December 28, 2015 at Elim Lutheran Church, 6101 Cody St, Duluth, MN. Pastor Jim Hagen officiating. Please consider a contribution to gofundme.com/nsfwem44. To sign the guestbook on-line, visit www.wlbfuneralhome.com. Williams Lobermeier Boettcher Funeral Home is entrusted with final care.

To send flowers to the family in memory of Brian Respler, please visit our flower store.