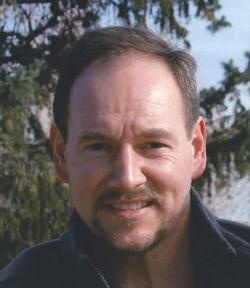 Brian John Shannon, 56, of Esko, MN passed away at home on Sunday, December 18, 2016, surrounded by his family after a long courageous battle with cancer. Brian was born December 13, 1960, to John and Marion (Mattson) Shannon in Northridge, California. The family moved to Esko and he graduated from Esko High School, obtained his Bachelors of Science and Liberal Arts degree from Excelsior College and completed his Masters of Science degree, specializing in Human Resources from Central Michigan University. Brian was united in marriage to Lynnette Shannon June 2, 1990. Brian proudly served in the Air National Guard, Army Guard, US Air Force, US Navy, and retired from the Navy December 1, 2003 after 21 years of active duty service. Most of Brian's military career was spent in electronic maintenance, and he also taught technical courses for the Navy. Following Brian's retirement Brian worked as a communications engineer for Northrop Gumman. Most recently he worked as a substitute teacher for the Cloquet School District. Brian was a member of St. Matthews Lutheran Church. Brian was preceded in death by his father , John Shannon and mother, Marion Shannon, and niece Rachel Harris. Brian was well known for his kind spirit, generous heart and infectious sense of humor. Brian had a gift of turning every awkward or difficult conversation into a lighthearted discussion. He was a talented builder and artist and would take on many challenging projects. He is survived by his wife Lynnette, daughter Grace, siblings Colleen Fasnacht of Proctor, Carin (Vular) Harris of Aurora, CO, Mary (Dennis) Comrie of Carlton, and Kathleen (Danny) Schafer of Saginaw, MN , many nieces and nephews, and his loving pets Baxter, Molly and Lilly. The family would like to thank the dedicated professionals from Essentia Hospice for their compassionate care. Visitation 5-7 pm Wednesday at St. Matthew Lutheran Church, 4 Elizabeth Ave., Esko. Visitation continues from 10 until the 11 am funeral service Thursday. In lieu of flowers, memorials may be made to St. Matthews Lutheran Church. Williams-Lobermeier-Boettcher Funeral Home is entrusted with final care.

To send flowers to the family in memory of Brian Shannon, please visit our flower store.