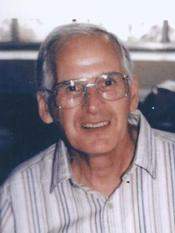 Carl William "Bill" Ziegler, 87, Duluth, died January 5, 2013 at St. Luke's Hospital. He was born in Massillon, Ohio, on May 21, 1925 to George and Grace Ziegler. He was an Army Air Forces Veteran of WWII and was also a member of the Naval Reserve. Bill had lived in Chicago for several years and moved to Duluth in 1952. He had worked for the Duluth School District as a Bus Driver and Dispatcher, retiring in 1986. His avocation was as a musician and he played with Swede Anderson's German Band, the Court Jesters and in the Community Band. He was a member of Emmanuel Baptist Church, American Legion and Musicians Local #18. He was preceded in death by his parents, brothers, Joseph, Lewis, Keith, Ivan and Allen and John and sisters Katherine, Anna, Verlie and Eleanor. He is survived by his wife Doris, sons Carl Jr.(Kathleen), Lithia FL, John, Duluth and Paul(Rene), Cloquet, daughter Linda(David)Chambers, Wrenshall, sister Josephine Ziegler, Santa Monica, CA and, 6 grandchildren, 6 great grandchild and several nieces and nephews. Visitation noon until the 1PM Funeral Service Friday at Emmanuel Baptist Church, 1505 Eklund Ave, Duluth Heights. Burial at Forest Hill Cemetery. Arrangements by Williams-Lobermeier-Boettcher Funeral Home.

To send flowers to the family in memory of Carl Ziegler, please visit our flower store.