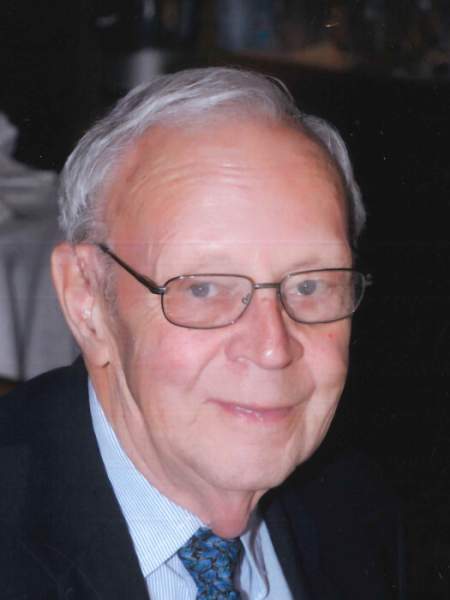 Charles Wesley Lauritsen, 92, of Duluth died Thursday, August 6th, 2020 at St. Luke’s Hospital. Charles was born December 7th, 1927 in Faribault, Minnesota to deaf parents, Dr. Wesley and Mrs. LaReine (Roper) Lauritsen. He was married to Inger Marianne Hornfeldt on May 22, 1976. He was a graduate of Faribault High School, a graduate of the Minnesota School of Business and a graduate of the University of Minnesota. He joined the U.S. Marine Corps upon graduation from high school and served during World War II and the Korean Wars. He was also a Lifetime Member of the Disabled American Veterans. Charles worked for Maurices for two years, where he was their first Controller. He was then the Controller for the W.P.& R.S. Mars Company for twenty-eight years and was the sole proprietor of Lauritsen’s Accounting Service for thirty years. He had been the voluntary Treasurer of the Park Hill Cemetery for eight years and was the United Way of Duluth’s Audit Reporting Chairman for thirty years. Charles had been active in Boy Scouts since age twelve and was an Eagle Scout with the Silver Palms. He achieved the Order of the Arrow and was a Silver Beaver award recipient. He had been a Scoutmaster for Park Point Boys and for mentally challenged boys. He had been a Boy Scout Canoe Base Recruiter, an Advisor on many ten-day canoe trips and had taken training for handicapped Boy Scouts at the New Mexico Philmont Boy Scout Ranch. Charles had been the Chairman of the forty-six member Duluth Mayor’s Committee for Employment of the handicapped. In 1972, he was actively involved with cooperation from Mayor Ben Boo in initiating a handicapped barrier-free environment at the DECC. Charles was also involved with the Duluth Chamber of Commerce as an Ambassador for twelve years, the Chairman of the Bethel Home for Men Study Committee for the Duluth United Way, the President of the Duluth Civitan Club, an Instructor for Dale Carnegie Courses and for Junior Achievement Treasurers. He was also on the Board of Directors for the St. Louis County Volunteers in Probation, was a Youth Counselor on a one-to-one basis for Youths on Probation, was an Emeritus Life Associate of the National Association of Accountants and was a member of the National Association of Credit Management. Charles was the 1974 Duluth Noon Optimist Club’s Optimist of the Year, was the 1966 Duluth Civitan Club’s Civitan of the Year and received an award from the Duluth Lighthouse of the Blind in recognition of creating jobs for the blind. His interests have included traveling, boating, canoeing, light planes piloting and Colorado mountain climbing. Charles was preceded in death by his parents, his stepson Russell Niemi, his sister Nancy Hovland, his brother Robert Lauritsen and just recently his grandson Brandon Niemi.  He is survived by his wife of forty-four years, stepchildren Jeffrey Niemi and Marianne Niemi, granddaughter Amanda Niemi and great granddaughter Cloe Niemi, cousins, nieces and nephews.  Charles was a member of the First Covenant Church of Duluth.  Funeral Services will be held at a later date.   Memorials may be made to the Salvation Army, the Park Hill Cemetery or a charity of your choice. Funeral service will be Noon, Saturday, May 22, 2021 with visitation one-hour prior at First Covenant Church 2101 W 2nd St, Duluth, MN 55806, Military Honors Accorded by The Duluth Honor Guard, and Burial in Park Hill Cemetery. Arrangements by Williams Lobermeier Boettcher Funeral Home, 218-624-1059.

To send flowers to the family in memory of Charles Lauritsen, please visit our flower store.