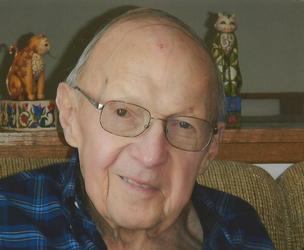 Charles passed away peacefully at Solvay Hospice House early Wednesday morning, May 4, 2016 surrounded by his family. He was born in Cornersville Tennessee on April 10, 1927 and was the fourth of five children to be born to Charles Vance and Memry J. (Porterfield) Park. Charles left school in the 10th grade to join the military in 1943. He served three years in the Navy and worked as a Gunner on Merchant Ships during World War II. After his discharge, he then joined the Air Force in 1948, serving during the Korean War. He was honorably discharged in 1950. After his military obligations, Charles became an electrician. He worked for many different companies until his work brought him to Minnesota in 1954, where he met his beloved wife, Joyce (Boissonault). They were married June 16, 1956.

Charles worked as an electrician his entire life retiring in 1993 from the Duluth Paper Mill and was an active member of the IBEW #242 for over 60 years. He was very devoted in his faith to God and was a long standing member of Central Avenue Methodist, currently now Asbury United Methodist Church. He was also a member of the VFW #137, the American Legion #71, and a volunteer at St Eligius Health Center.

Charles enjoyed spending time with his family, collecting model and real cars, shopping, going out to eat, traveling, and he loved animals, especially dogs. He will be remembered for his love and generosity to his family and friends and his trademark of remembering dates of life's events by the year of the automobile he owned at that time.

Charles was preceded in death by his parents, his brothers, J.T. and Homer Park, and sisters Margaret Park, and Mary Alice Coyle.

Charles will be forever remembered by his friends and family. He is survived in death by his wife, Joyce; their daughter, Cheryl (Jeffery) Muellner; his granddaughter, Angelique (Peter) Thibault; and his great-grandchildren Max Ashley and Aidan Jacob Thibault, all of Duluth.

The family of Charles would like to thank the nurses and staff at Solvay Hospice House for their loving words and kindness to Charles and his family in his last days.

Family and friends are invited to celebrate the life of Charles on Monday May 9th. Visitation will be held from 11:00 am-12:00 pm with funeral service at 12:00 pm at Asbury United Methodist Church 6822 Grand Avenue, Duluth. Pastor Cindy M. Rasmussen officiating. Burial at Oneota Cemetery accorded by the Duluth Honor Guard. In lieu of flowers, memorials may be directed to Asbury United Methodist Church.

To send flowers to the family in memory of Charles Park, please visit our flower store.