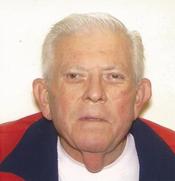 Charles J. "Chuck" Supplee, 71, of Duluth, passed away Wednesday, July 18, 2012 in his home surrounded by family. Chuck was born on August 11, 1940 in Minneapolis and attended schools in St. Cloud and Shattuck in Faribault, Minn. Upon graduation, he entered the U. S. Navy where he was on staff at Great Lakes, Ill and aboard the USS Rigel in Norfolk, VA. In March of 1962, he married Kathleen Marx in Eden Valley, Minn. Chuck spent his career with Best Foods Co, which is now part of Unilever, as a sales rep in the Duluth market, a key account manager in Minneapolis and area manager for the Des Moines/Omaha markets. Upon retirement in 1996, he and Kathy moved back to Duluth. He was a member of Holy Family Catholic Church, Unilever Ambassadors Club and Lake Avenue Loafers. He was a former member of the SAGMR Association and Proctor Moose. Chuck was preceded in death by his parents and an infant brother. He is survived by his loving wife of 50 years, Kathy; sons, Scott (Krys) of Eagan, Minn and Todd (Laurie) of Savage, Minn; a daughter, Jill (Adam) Haughey of Miami, Fla; grandchildren, Katie and Sam Supplee, Sara Supplee, Kara, Kirsten and Carissa Haughey. Visitation will be from 6 to 7 p.m. Friday in Williams Lobermeier Boettcher Funeral Home and will continue from 9:30 a.m. until the 10:30 a.m. funeral service Saturday in Holy Family Catholic Church. Burial in Oneota Cemetery accorded by the Duluth Combined Honor Guard. Memorials to American Lung Association or Holy Family Catholic Church would be appreciated.

To order memorial trees or send flowers to the family in memory of Charles Supplee, please visit our flower store.