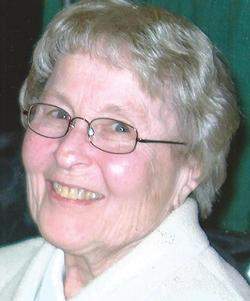 Charlotte Eleanor (Wicht) Lee, 91, formerly of Mount Royal Pines, died peacefully Tuesday, Jan. 24, 2017 at the Solvay Hospice House. She was born on April 8, 1925 in Minneapolis to Ernest and Ella (Samuelson) Wicht. Charlotte was a proud graduate of Central High School in 1943 and continued her studies at Duluth Junior College. She married the love of her life Odd Lee on Sept. 23, 1950 at Lakeside Presbyterian Church. Charlotte was an active member of Glen Avon Presbyterian Church and its Miriam Circle. She participated in numerous organizations including Community Bible Study, served on the Board of Directors at Aftenro Home, volunteered as a docent at Glensheen Mansion and on Central reunion committees. She was a 70-year member of the Order of the Eastern Star. Charlotte retired from Pilgrim Congregational Church where she served as secretary. She was a loving and involved mother and grandmother, and proudly attended generations of choir concerts, plays and athletic events. She is forever in the hearts of her grandchildren as the hostess of "Grandma's Club". She was preceded in death by her husband Odd, in 1982 and a sister, Elizabeth Hoch. She is survived by a son, Timothy (Joie) of Duluth; three daughters, Ann (Thomas) Houghtaling, Amy (Eric) Kaiser and Karen (Robert) Kilpo all of Duluth; twelve grandchildren; Peter (Katie) Houghtaling, Amy Houghtaling, Lee (Crystal) Houghtaling, Kari Houghtaling, Benjamin (Fiorella) Kaiser, Edward (Katie) Kaiser, Kathryn (Clayton) Rich, Daniel Lee, Douglas Lee, Andrew (Alison) Kilpo, Matthew (Catie) Kilpo, Aaron Kilpo, step-grandchildren; Kate Acheson (Cole Scatarelli), John (Sarah) Acheson and Annie Acheson; great-grandchildren, Alex, Emelia, Anders, Ray, Annemarie, Emerson, Elsie, Jasper and Aurora; many loving nieces, nephews and friends. The family would like to thank the angels among us who have been with mom throughout her life and especially after her car accident. We know a few names; Dr. Nisswandt-Larson, Pastor Robyn Weaver, Pat, Sue, Jean, Joan and Barb. But there are countless names we don't know; therapists at Miller-Dwan, medical staff of St. Mary's Hospital, both Superior and Duluth, Benedictine Rehabilitation Center, first responders, home care givers, friends at Pines I, staff at Lakeshore and Solvay Hospice House, and finally people we never knew who stopped on a stormy March day in 1998 to help mom before the ambulance arrived. Visitation is at 10am until the 11am Memorial Service Monday, Jan. 30, 2017 at Glen Avon Presbyterian Church, 2105 Woodland Ave. Pastor Robyn Weaver officiating. Burial in Park Hill Cemetery.

To send flowers to the family in memory of Charlotte Lee, please visit our flower store.