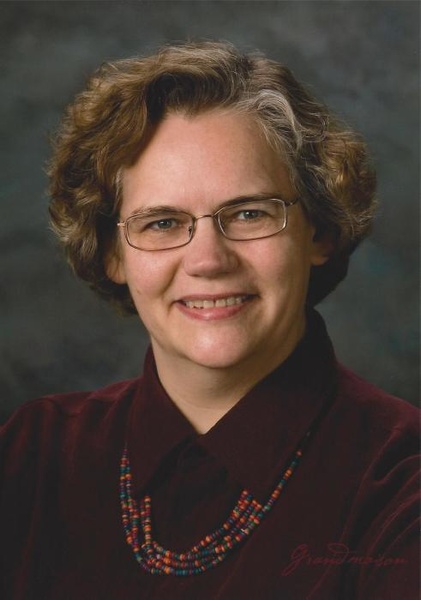 Cynthia Lee Alexander, 62, of Hermantown, died peacefully at home on Friday, February 2, 2018, after a long battle with an atypical Parkinsonism. She was born on October 13, 1955 in Blue Earth, MN, to Ray and Jeanne (Wenzel) Pearson and moved to Hermantown in 1967. A 1973 graduate of Hermantown High School, she married her bandroom sweetheart, Bill Alexander, on August 22, 1975. She received her BA in English Literature in 1977, studying both at St. Olaf College and the University of Minnesota Duluth. Cindy was a reader, writer, musician, and mother. She founded the Hermantown Star in 1977, where she was editor and writer for over two decades. She was heavily involved in the international handbell community, both as a regional board member of the Handbell Musicians of America and co-founder of the internationally recognized handbell ensemble, Strikepoint. Cindy was a writing tutor and mentor at Fond du Lac Tribal and Community College for ten years. She was a member of First United Methodist Church for over 40 years and later worked as the communications coordinator, a position she held until her death. Given all of these accomplishments, she still considered her children to be her “best work”. Cindy is preceded in death by her father; mother- and father-in-law, Vivi-Ann (Berglund) and James Alexander; and AFS brother Stephan Schrader. She will be lovingly remembered by her mother; husband; children, Lauren (Stacy) Carolan and Michael (Allison Akins) Alexander; grandchildren, William “Liam” and Amelia “Millie” Carolan; two sisters, Andrea Pearson and Darcy (David) Freese, one brother, Bret (Lars Hutchings) Pearson; and numerous cousins, nephews, nieces, and friends. The family wishes to thank Kindred at Home, Essentia Health Home Hospice, and Solvay Hospice house for their kind and compassionate care. SERVICES: 5 p.m. Friday, Feb. 9, in First United Methodist Church, 230 E Skyline Pkwy, with visitation beginning at 4 p.m. Memorials will be divided among medical costs, Brain Support Network, and the FUMC Handbell Program.

To send flowers to the family in memory of Cynthia Alexander, please visit our flower store.