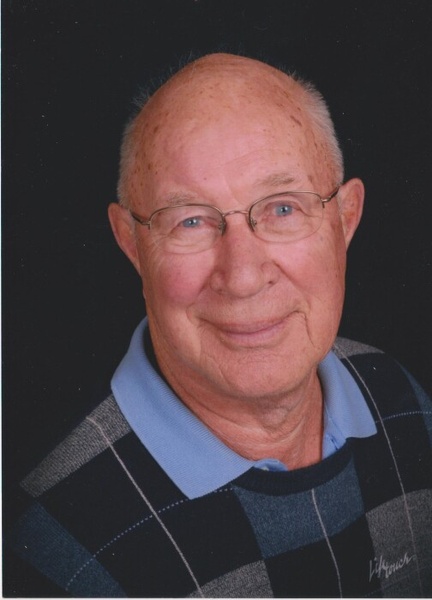 Dan was born May 14, 1930 in Duluth, MN to Joseph and Helen Jezierski.
He attended schools in Duluth and was a member of Denfeld’s Class of 1948.

Dan married the love of his life, Joyce Mohr, on August 11, 1956 at SS Peter & Paul’s Catholic Church in Duluth. They celebrated fifty-six years of marriage before Joyce was called to Heaven. Dan worked as Chief Grain Inspector, for International Multifoods, where he worked over forty years until his retirement.

He was a dedicated member of St. Lawrence Catholic Church, a Friar of St. Francis, and the Stanislaus Kostka Society. Dan was a United States Army Veteran, where he served as a Paratrooper in the 82nd Airborne. He was also a member of the Northwestern Gun Club and served on the Canosia Zoning Board.

An extremely hardworking man, Dan built his family cabin on Wild Rice Lake, which served dual purpose as not only his home, but the primary location for all sorts of family and social gatherings. He was an avid outdoorsman, who enjoyed spending his time fishing at the cabin and hunting at the deer shack. However, his greatest pride was his family. Dan enjoyed every minute with his children, grandchildren, and eventually great-grandchildren.

Dan is preceded in death by his wife, Joyce, his parents, brothers: Lester and Richard Jezierski, and sisters: Gerry VanNispen and Janice Danielson.

The family would like to thank the nursing staff at St. Luke’s Hospital for the care Dan received, with special thanks to Dan’s longtime physician, Dr. Julie A. Reichoff.

A private family service will be held at St. Lawrence Catholic Church.
The family is planning to honor Dan with a Celebration of Life, at a later date, which will be held at the family cabin on Wild Rice Lake.

To send flowers to the family in memory of Daniel Jezierski, please visit our flower store.