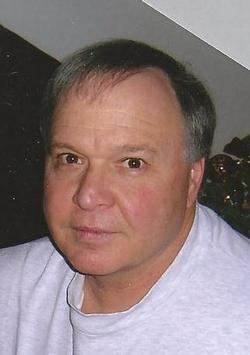 David H. Burger, 64. of Duluth, died Tuesday, February 4, 2014 in St. Luke's Hospice surrounded by his family following a courageous battle. He was born in Duluth on April 20, 1949 to Henry and Evelyn Burger. David was a Denfeld graduate and received his Bachelor of Arts Degree from UMD. He married Sally Mahlberg in Duluth on November 3, 1973 and worked for the DM & IR Railroad in the Maintenance Department, retiring in 2009. In his younger years, David enjoyed spending time at the cabin on Big Sandy Lake in McGregor. He was a member of Trinity Episcopal Church. David loved billiards, traveling throughout the country playing in tournaments, winning his way to the big one in Las Vegas. He was an avid Minnesota Vikings Fan, never missing a game. He enjoyed sports cars, especially his Black Corvette, motorcycles, boats, fishing in the BWCA and playing chess. He was preceded in death by his parents. He is survived by his wife of 40 years, Sally; two sisters, Deanna (Andy) Anderson of Noblesville, IN and Shirley (Larry) Erickson of Hermantown; several nieces, nephews, his four cats, Spike, Ruby, Petrie and Trudy and many lifetime friends. Visitation will be from 10 until the 11 a.m. memorial service Saturday, February 8, 2014 in Trinity Episcopal Church, 4903 Maple Grove Road in Hermantown. In lieu of flowers, memorials to Trinity Episcopal Church would be appreciated. To sign the guestbook on-line, visit www.wlbfuneralhome.com. Arrangements by Williams Lobermeier Boettcher Funeral Home.

To order memorial trees or send flowers to the family in memory of David Burger, please visit our flower store.