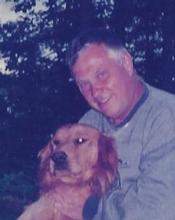 David L. Otos, 67, Duluth, died June 18, 2012 at his home on Island Lake with his family at his side. He was born in Duluth on July 20, 1944 to Glen and Helen Otos. David was a 1963 graduate of Duluth East High School and had attended UMD. He had served in the MN Air National Guard and later married Claudia Anderson on July 22, 1967. David had worked on the ore boats for 2 years before starting his 37 year career with Minnesota Power, retiring in 2003 as a Trouble Lineman. He was very committed to youth sports and activities. David had been a Cub Scout Master and coached many youth sports, especially hockey and baseball. He was a member of IBEW Local #31. He was preceded in death by his parents, step-father Paul Noyes and brother Thomas. David is survived by his wife of 45 years, Claudia, sons Jeffrey(Susanne) and their children Ian, Calvin and Caroline, Rob(Elizabeth) and their children Carina, Benjamin and Samuel, St. Louis Park, Mike(Kathryn)and their children Jackson and Kate, Minnetonka, MN, sisters Nancy Otos, Duluth, Laurie Murphy, Burnsville, several nieces and nephews and his golden retrievers Meka and Nik. Memorial service Saturday 10AM at Trinity Lutheran Church, 1108 E. 8th St., Duluth. Burial at Union Cemetery. Memorials preferred. Arrangements by Williams-Lobermeier-Boettcher Funeral Home.

To send flowers to the family in memory of David Otos, please visit our flower store.