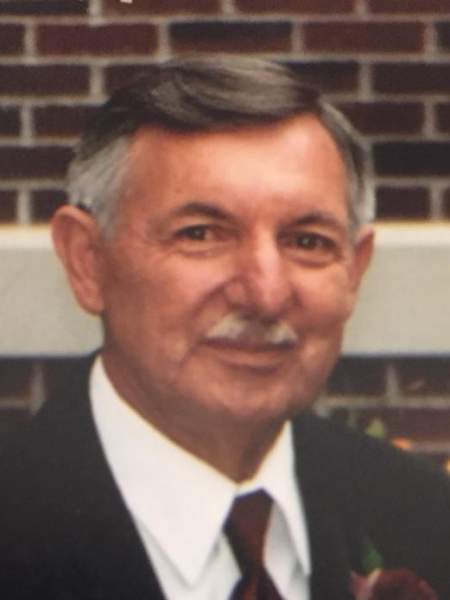 DavidDavid John Stojevich, 78, died Monday, August 16, 2021 at Banner Desert Hospital in Mesa, AZ from a cerebral hemorrhage. He resided in Duluth all his life until 2010 when the Stojevichs moved to Mesa, AZ. David and Darla (nee Andersen) were married October 19, 1963 in Gary, MN. Dave graduated from Morgan Park High School in 1960 and pursued a career in the printing business, completing apprenticeship and becoming a journeyman, working at Service Printers, Midland Co-op, and Davidson Printing where he was foreman of the bindery. He then acquired ownership of the West Duluth News and managed it for 24 years and later working at Superior Print in Duluth, extending employment there after his retirement in 2007. Dave was a member of St. Elizabeth Church and associate member of Holy Cross Church in Mesa. He was a member of the West Duluth Businessmen’s Club, served on the board of Faith Haven High Rise, member of the Duluth Indoor Tennis Club and Sunland Village East Tennis Club in Mesa, and belonged to the Croatian Fraternal Union. Among Dave’s many interests he enjoyed music, listening to music all the time, especially the ethnic music of Croatia and Slovenia and acquiring a large library of Tamburitza music and sharing it with his friends. He dabbled at playing the electric organ which he taught himself, banjo, mandolin and his favorite, the button box. Vintage cars lured him to innumerable car shows and morning coffee with the vintage car owners in Duluth and Mesa. His love of tennis earned him many friends and he played tennis in Duluth and Mesa as much as 4 times a week until this summer. He is preceded in death by his father and mother, Milo and Isabelle; brother, Milan Stojevich (Edwina); and son, Paul David Stojevich (Kelly). He is survived by his wife, Darla, of 58 years; daughter, Ann Hoad (David); grandchildren, Zarana Adams (Neal), Jeffrey David, Paige, and David John Stojevich, Hailey and Axel Erickson; great-grandchildren, Candon David, Drayden, and Francheska Adams, and Jaxton McMillan; a sister, Roberta Mackiewicz (Tony). Mass of Christian Burial 11 am Saturday, September 11, 2021 at St. Elizabeth Catholic Church. 610 99th Ave West. Rev Fr Charles Flynn officiating. Everyone is invited to a luncheon downstairs following the service. The Stojevich family would like to thank relatives and friends from far and near, as well as Dave’s graduating class of 1960 for attending. Your presence today is a true gift of friendship. Interment at Oneota cemetery with vintage car escort after family. Military Honors accorded by the Duluth Honor Guard. The Mass will be live streamed on the Williams Lobermeier Boettcher Funeral Home Facebook Page starting at 10:55 am. Arrangements by Williams Lobermeier Boettcher Funeral Home.

To send flowers to the family in memory of David Stojevich, please visit our flower store.