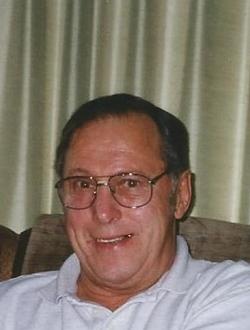 Donald Robert Bourdeau, 86, of Coleman St., died Friday, August 5, 2016 at his residence with his family by his side. Don was born on May 7, 1930 in Duluth to Chester and Martha (Hendrickson) Bourdeau. He grew up on "Raleigh Street" and was a 1948 graduate of Denfeld High School where he played hockey and baseball. He attended and played hockey at UND and UMD and received a BAS degree in Physical Education & Health. Don served in the U S Army during the Korean War. As a youth, his coaching career started as he coached youth hockey and baseball in the West Duluth area and continued on after college coaching hockey and softball at Cloquet and East High Schools. He taught 6th grade at Churchill Elementary in Cloquet and Physical ED at Duluth East and Drivers Training during summer school. His talents on the ice and playing field brought him many championships and awards, like an invitation from the US Olympic Committee to try out for Team USA in 1952; election to the Minnesota Softball Hall of Fame in 2000; recognized by the Duluth East Hockey Alumni Association for dedication and commitment to the program. Don's contributions and support of area sports is well represented on many murals at the Heritage Sports Center. Don enjoyed time with his family at the cabin on Island Lake and many sporting events; and hunting trips with co-workers and friends. Don was preceded in death by his parents; a brother, Gary and beloved granddaughter, Sarah Ann. He is survived by his wife, Tudy; children, Kim (David) Swanstrom, Cheryl (Forrest) Overby, Michael Bourdeau and Sharon Bourdeau; grandchildren, Bryan (Chelsey), Robert (Kelsey) and Stephen Swanstrom, Jarad and Rebekah Overby; a sister, Faye Thillman; a sister-in-law, Karen Bourdeau and many nieces and nephews. Special thanks and blessings to the Essentia Health St. Mary's Hospice "team members", Dan, Dave, Kristine, Christa and many doctors and nurses involved with his care so he could remain at home with his family. Visitation 11 a.m. until the 12 noon Memorial Service Saturday, August 13, 2016 at Norton Park United Methodist Church. 436 North 79th Ave West. Pastor Gary Gottfried officiating. Military Honors accorded by the Duluth Honor Guard. Burial in Oneota Cemetery.

To send flowers to the family in memory of Donald Bourdeau, please visit our flower store.