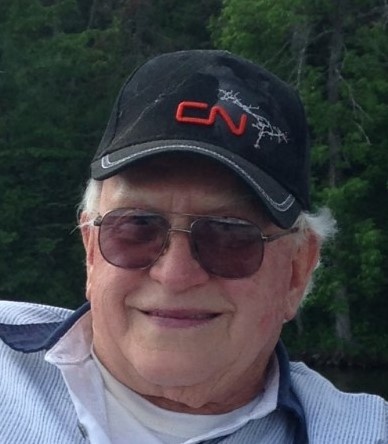 Donald P. Dalbec, age 91, Duluth, died Sunday April 8, 2018 at St. Luke’s Hospital. He was born in Scanlon, MN on March 11, 1927 to Clarence and Valborg Dalbec. He married Beverly Halvorson on September 2, 1949 in Duluth. Don was a truck driver for various trucking firms, was a former member of the St. Louis County Rescue Squad, and had retired from Upper Lakes Foods. He enjoyed spending time with his family and friends, and brought joy to many people. He was preceded in death by his wife, parents, daughter Linda Haglin, and his brother Bill. Don is survived by his children Denis (Michelle), Clarksville, TN; Randy (Melanie), Inver Grove Heights, MN; Mark (Anita), Superior, WI; Lynette (Joe) Erchul, Hugo, MN; Debbie (Tom) Nadeau, Cotton, MN; his brother Bob, Duluth; 10 grandchildren; 7 great grandchildren and many nieces and nephews.  Private family services are planned. The family would like to extend a thank you to the wonderful staff at Edgewood Vista and a special thank you to the hospice nursing staff at St. Luke’s Hospital. Memorials to Animal Allies of Duluth, c/o Randy Dalbec, PO Box 2174, Inver Grove Heights, MN  55076. Williams-Lobermeier-Boettcher Funeral Home is entrusted with final care. “I did nothing, but had a hell of a good time.” - DPD

To send flowers to the family in memory of Donald Dalbec, please visit our flower store.