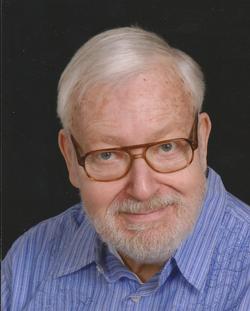 Donald passed away on Thursday February 13, 2014 at the Benedictine Health Center in Duluth.

Donald was born in Prairie Grove Arkansas June 8, 1936 to Emmett and Eugenia Davidson. He moved to Duluth in 1948 when his father joined the faculty at UMD. He graduated from Duluth East High School in 1954, with honors from the University of Minnesota Duluth in 1959, and earned a Ph.D. in Plant Ecology from Rutgers, The State University, New Brunswick, New Jersey, in 1963.

Don enjoyed teaching and research sharing his love of plants with students and faculty and those in the community. He taught 43 years at what is now the University of Wisconsin Superior. He was honored by his colleagues in 2010 when they named the University Herbarium after him. He worked with the Superior garden club with their Indianhead District Scholarship program and was pleased when the Wisconsin Garden Club Federation honored him with their Bronze award in 2007.

Don's love of music began when his mother taught him to sing as a young child. He continued singing in church and when he was at East High sang in musical productions under the direction of Robert Burroughs. He continued to sing in church choirs and occasionally did solos/duets at the request of friends for special occasions. He was active in First United Methodist Church where he was a long time member. He had a number of awards in High School; Sons of American Revolution Award, Gopher Boys State, Music Award, Football manager letter Highest points award, was store manager and sound room operator.

In Graduate School he had a Biology-Plant Ecology teaching assistantship, NSF research assistantship 1959-1963.

He taught Botany and Environmental courses at UWS and served as Department Chairman. He received an equipment grant for growth chambers, a Limnology grant, and University research grants. He also was author and co-author of many research papers, McNair scholars program, and also continuing education.

He was preceded in death by his parents, Emmett and Eugenia Davidson, and his brother in law, Kenneth Wright.

He is survived by his loving wife of 44 years, Ruthanna, his daughters; Charlotte Karsh (Michael) of Duluth, MN, Ruth Davidson (Bernhard Kovacevich) Brooklyn N.Y. He is also survived by his sisters; Norma Johnson (Ray) of Auburn , AL , and Carolyn Wright of Lake Bluff, IL., and his grandchildren Peter and Kylie Karsh. Vistation today 2-4PM at Williams-Lobermeier-Boettcher Funeral Home. Private graveside service to follow at a later date. A public memorial service is planned for this summer.

To send flowers to the family in memory of Donald Davidson, please visit our flower store.