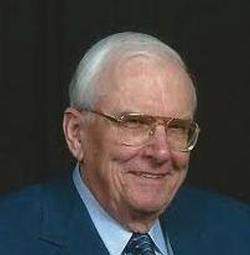 Donald C. Strand, 82, passed peacefully on January 13, 2015. Don was born in Duluth to Alice (Mae) and Albin Strand, Twig, MN. He graduated from Proctor High School in 1950. Don served in the U.S. Army during the Korean War, stationed in Panama. Upon his honorable discharge, Don worked as a heavy equipment operator. He was an electrician by trade and worked for Minnesota Power & Light for 20 years, transitioning to Zalk Joseph Steel Company as Maintenance Superintendent, and retiring from WLSSD where he did electrical maintenance. Don was known to everyone as "Mr. Fixit". He was a charter member at St. Raphael's Catholic Church where he served as an usher and maintained the church boiler system for over 50 years. He enjoyed woodworking, working in his garage, spending time with his children, grandchildren, great grandchildren, and helping anyone with whatever they needed. He was preceded in death by his parents, brother Vernon Strand, and brother-in-law Bernie Wizner. He is survived by his devoted wife Barbara; children Bill (JoAnn) Strand of Las Vegas, NV, Dan (Kathy) Strand of Saginaw, Rita (Terry) Giernett of Cotton, Sandy (Tom) Knox of Duluth, Don Strand of Chicago; Sisters-in-Law Vera Strand of Gig Harbor, WA, Jeanne (Walter) Wizner of Bemidji, MN, Elaine(Bill) Wizner of Douglasville, GA. Fifty-eight years together have blessed Donald and Barbara with twelve grandchildren, five great grandchildren, extended children and family Cindy(Joey) Brown, and life-long, childhood friend Herman (Marsha) Swanson. Visitation: 12:00 until the 2:00 p.m. Mass of the Christian Burial on Saturday, January 17, 2015, at St. Raphael's Catholic Church, 5779 Seville Rd., Fr. John Petrich officiating. Luncheon to follow. Arrangements by Williams-Lobermeier-Boettcher Funeral Home.

To send flowers to the family in memory of Donald Strand, please visit our flower store.