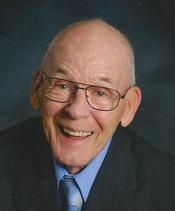 Donald C. VanNispen, 78, of Duluth, died Sunday, October 28, 2012 at his home. He was born on February 19, 1934 to Jacques and Pitra VanNispen in Duluth. Donald was a U. S. Navy veteran serving during the Korean War. He married Jeanine Cheetham on September 28, 1985 and they just celebrated 27 years of marriage. Don was a member of Holy Family Catholic Church. Don worked for Western Electric and Bethany Home for children and was the owner of Lake Superior Divers Supply and School for over 50 years. He was a founding member of PADI, and a Master Diver and enjoyed going to Anthony Keys Resort in Roatan, Honduras for a yearly group diving vacation for many years. Don was preceded in death by his parents, a son, Terry, brothers, Richard and Lloyd, and a sister, Jean Smith. Don is survived by his wife, Jeanine; two daughters, Cindy (Bruce) Laurila of Hermantown and Penny (James) Kult of Esko; two sons, Donnie (Ruth) of Garden City, MI and Randy (Nancy) of Westland, MI; a brother, Jack VanNispen of Duluth and a sister, Antionette "Nettie" Novotney of Tampa, FL; nine grandchildren and six great-grandchildren; brothers-in-law, Joe Cheetham of Duluth and Dale (Patsy) Helland of Esko and many nieces, nephews and extended family. A special thanks to Nurses That Care and St. Mary's Hospice for all their wonderful care. Visitation will be from 10 until the 11 a.m. funeral service Friday, November 2, 2012 in the Holy Family Catholic Church. 2430 West 3rd St. Fr Terry Figel O.M.I. officiating. Military Honors accorded by the Duluth Combined Honor Guard. Memorials to Holy Family Catholic Church would be appreciated. To sign the guestbook on-line, visit www.wlbfuneralhome.com. Arrangements by Williams Lobermeier Boettcher Funeral Home.

To send flowers to the family in memory of Donald VanNispen, please visit our flower store.