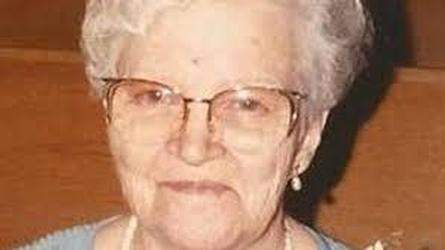 Dorothy E. Kurn, 101, Duluth, died on Easter Sunday, April 5, 2015, with family at her side. She was born on Aug. 9, 1913 in Superior, Wis., to Andrew and Clara Knutson. Dorothy was a graduate of Superior Central High School and the St. Mary's School of Nursing in Superior. As an RN, Dorothy was head nurse of the obstetrics department at St. Joseph's Hospital in Superior for many years. Dorothy was a homemaker as well as a nurse. She was a member of St. Margaret Mary Catholic Church in Morgan Park. She was preceded in death by her parents; husband Tony; brother Roy and sister Nona Robertson. Dorothy is survived by her children Fay (Jon) Sampson, and Jim (Shirley) Kurn; eight grandchildren; 19 great-grandchildren and three great-great-grandchildren. Private family services will be held. Arrangements by Williams-Lobermeier-Boettcher Funeral Home.

To send flowers to the family in memory of Dorothy Kurn, please visit our flower store.