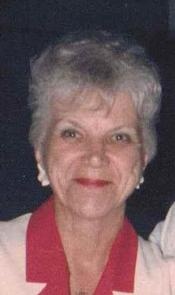 On Sunday, April 21, 2013, Our Lord and Savior, Jesus Christ called Dorothy A. Telega, 88, home to heaven and she quietly passed with family by her side. She was born on August 11, 1924 to Andrew and Marion Buczynski in Cloquet. She married Robert F. Telega on May 18, 1946 in Cloquet Minn. They lived in Cloquet, moved to Virginia in the early 1950's and returned to Duluth in 1972. Dorothy worked for many years at Park Point Manor as a Registered Nurse. She enjoyed traveling, bowling, spending time with her grandchildren and was very proud of her Polish heritage. She was preceded in death by her parents and her husband, Robert. She will be greatly missed and leaves a void in the hearts of her daughters: Roberta (Steve) Schaefer of O'Fallon, IL and their children, Elysia, Marissa, Jordan (Angela), Kasia and Tirssa Schaefer; and Georgene (Mike) McCarty of Grand Forks, ND and their son, Connor McCarty. Visitation will be from 10 until the 11 a.m. Mass of Christian Burial Thursday, April 25, 2013 in St. Lawrence Catholic Church. 2415 Morris Thomas Road. Fr William Fider officiating. Burial in Calvary Cemetery, Cloquet. To sign the guestbook on-line, visit www.wlbfuneralhome.com. Arrangements by Williams Lobermeier Boettcher Funeral Home.

To send flowers to the family in memory of Dorothy Telega, please visit our flower store.