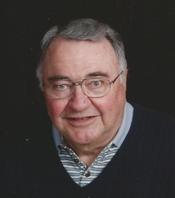 Dr. John A. "Jack" LeVasseur, 77, formerly of Commonwealth Ave, died Thursday, June 28, 2012 in Essentia Health St. Mary's Hospital. Jack was born in Duluth on August 10, 1934 to Apolon and Margaret LeVasseur. Jack was raised in the West End and a 1952 graduate of Denfeld High School. He attended the University Of Minnesota School Of Dentistry and earned his degree in 1958. He began his dentistry career in Hopkins, Minn and continued his practice in Morgan Park for 30 plus years, retiring in 1994. He married Rae Janis Nordskog in Proctor, Minn on February 9, 1957. Jack was a lifelong member of the Lutheran Church of The Holy Trinity. He was on the Board of Trustees for the Minnesota Dental Association, past president of the Duluth District Dental Society, a life member of the ADA and Duluth Dental Forum. He was a member of the Aad Temple Shrine from 1966 to present, Scottish Rite Bodies Valley of Duluth, Euclid Masonic Lodge A. F. & A. M., Potentate 1982, Jester's, Knight's Templer, Red Cross of Constantin and was the Drum Major for the Drum and Bugle Corp. Jack was also on the Board of Directors at Aftenro Home and was a member of Harbor Masters. He had many hobbies over the years, enjoying hunting, fishing, wine making, radio controlled airplanes, maker of fishing rods and golf clubs. His favorite lifetime sport from age 10 to the present was golf, of which he had seven holes-in-one. He was preceded in death by his parents and a sister, Geraldine Neufeld. He is survived by his wife, Rae Janis; a son, David (Jan) of Duluth; a brother, Dr. Bob (Kay) of Duluth; a granddaughter, Erin and many nieces, nephews and friends. Visitation will be from 9:30 until the 11 a.m. memorial service Thursday, July 5, 2012 in The Lutheran Church of The Holy Trinity, 27th Ave West and 3rd St. Rev Gregory Daher officiating. Memorials to the Lutheran Church of The Holy Trinity would be appreciated. To sign the guest book on-line, visit www.wlbfuneralhome.com. Arrangements by Williams Lobermeier Boettcher Funeral Home.

To send flowers to the family in memory of Dr. John LeVasseur, please visit our flower store.