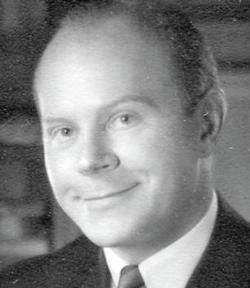 Dr. Robert H. Kemp, 92, of Scottsdale, Ariz., formerly of Seattle, Wash., and Superior, died Jan. 26, 2016 in Scottsdale, Ariz. Bobby was born Dec. 6, 1923 in Superior, at home at 2 St. Albans Road to Frederick Albert Kemp Sr. and Ida Hutchinson Kemp. Bob attended schools in Superior and graduated from Central High School. He was drafted in the Army Jan. 19, 1943. After the war he returned to his studies at Marquette University. In 1952, he moved to Seattle where he studied orthodontics and after graduating from the University of Washington he joined his former professor and practiced orthodontics for over 40 years in Seattle. In 2012, he moved to Arizona to be closer to his nephew and his family. Bob's parents Frederick and Ida Kemp and his brother Frederick Albert Kemp, Jr. preceded him in death. He is survived by his nephew, Peter and family in Mesa, Ariz., and cousins in the Seattle area, the Northwest, Florida and the Northeast. INTERMENT: 11 a.m. Saturday, July 2, 2016 at Forest Hill Cemetery, Duluth. A memorial service was held on April 9, in Seattle in St. Mark's Episcopal Cathedral.

To send flowers to the family in memory of Dr. Robert Kemp, please visit our flower store.