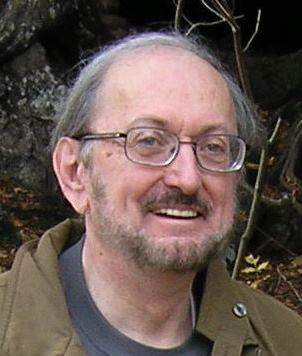 Dr. Thomas Ward Holm, 74, of Duluth, passed away Wednesday, May 31, 2017 from cancer at St. Luke’s Hospital. He was born May 6, 1943, in Minneapolis, MN, to Bud and Bea (Hedsten) Holm. Tom married Karen Dahl on December 23, 1967, and had three sons. They were looking forward to their 50th wedding anniversary this December. He was a graduate of Minnehaha Academy, Gustavus Adolphus College, and the University of Minnesota Medical School.

Tom served in the U.S. Army during the Vietnam War era as a medical doctor, and worked as a dermatologist in Duluth for 36 years, retiring from St. Luke’s Hospital in 2010. In addition to medicine, he had a passion for music. Tom served as organist and choir accompanist at First Covenant Church for over 40 years, and played at numerous other churches and venues throughout the area. He enjoyed singing bass for the Arrowhead Chorale for many years, and never missed a performance.

Tom also had a passion for gardening and loved working outside in his beautiful gardens and tending to his unusual collection of orchids in his home. His lifelong passion of animals included his grand dogs and grand cats.  He also loved and valued his many friends and they appreciated his kindness, helpfulness, loyalty, and his unique sense of humor.  He was one of a kind and will be missed by all.

Tom was preceded in death by his parents, his sister Merry Boesen and brother-in-law Jim Redeske. Survived by his wife Karen; his three sons Kevin (Suzi) Holm, Eric (Mindy) Lemonholm, and Bryan (Becki) Holm; his sisters Bettyann Redeske and Ginny Holm and brother-in-law John Boesen; his grandchildren Frey, Lucas, and Sophia; his many nieces and nephews, cousins, aunts and close friends.

To send flowers to the family in memory of Dr. Thomas Holm, please visit our flower store.