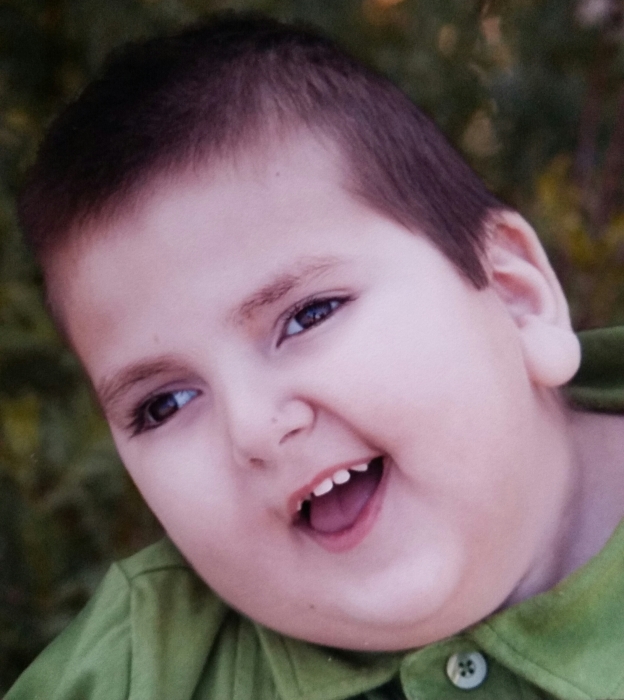 Dylan Dustin DeSanto, 9, of West Duluth, passed away Tuesday, April 25, 2017 in Essentia Health-St. Mary’s Hospital. Dylan was born on November 1, 2007 in Duluth to Dustin and Laura (Bard) DeSanto. Dylan was a 3rd grader at Laura MacArthur Elementary School and was an inspiration to everyone he met. Dylan is a cancer survivor and has been cancer free for the past eight years. He loved listening to music, playing with his brother, Dominic, and his sister, Felicity. He also enjoyed going on walks, going to school, and spending time with his special friends Karla, JaNae, and KaeLee. Dylan participated in the Miracle Baseball League at the Harrison Community Center. He is survived by his parents and siblings; maternal grandparents, Roger and Linda Bard of Duluth; paternal grandparents, Don and Lesli DeSanto of Duluth; uncles, Ryan Bard and Dan (Maranda) DeSanto and aunt Rachael (John) Blomer.

To send flowers to the family in memory of Dylan DeSanto, please visit our flower store.