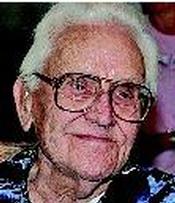 Earl Oman, 91, peacefully passed away with his family present Tuesday, July 16, after a short struggle with cancer.

Earl graduated from Cambridge High School in 1939. He met his wife, Dorothy Oman (Olson), while she visited her cousins in Cambridge for the summer. They wrote love letters while Earl was in the Army and stationed in Hawaii for two years during World War II. After his return, Earl and Dorothy were married on June 29, 1946 in Minneapolis. Earl and Dorothy raised their three boys, Leroy, Frank, and Gordon in Proctor, their home of 61 years, before moving to Duluth.

Earl was famous for his woodworking; he created authentic spinning wheels and looms that were both beautiful and functional. His spinning wheels have been bought and loved by people all over the United States and as far away as Sweden and France. Both Earl and Dorothy loved teaching the family and other enthusiasts to spin. Earl also loved to garden. He grew many different types of flowers, fruits and vegetables. His gardens were meticulous, with perfectly straight rows of luscious foliage and produce. Earl enjoyed reading about gardening, history, religion and politics, as well as the occasional debate the topics could offer.

He was preceded in death by his beloved wife, Dorothy; parents; sister, Margie; and two daughters-in-law, Evelyn and Marsha.

To send flowers to the family in memory of Earl Oman, please visit our flower store.