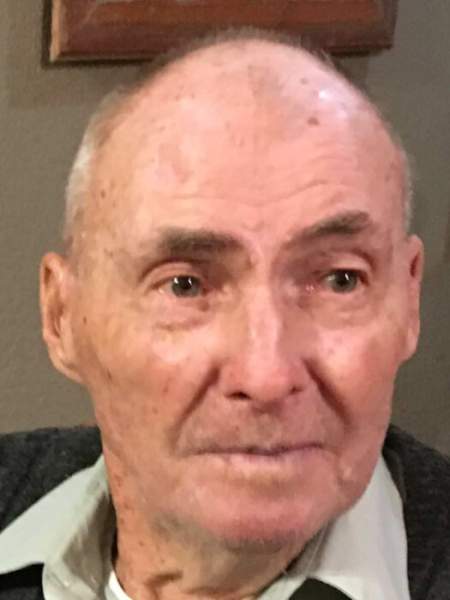 Eugene E. Youngbauer, 91 of Midway Township in St. Louis County, died Sept 18, 2020. He was born April 30,1929 in Pine County, MN to Ed and Lillian (Pulkrabek) Youngbauer. Eugene worked for U.S. Steel in Morgan Park for 34 years.  He married Lorraine Jurek on July 16, 1955 in St. Clements Catholic Church. He was lifetime member of St. Elizabeth’s Catholic Church in Duluth. He proudly served in the U.S Army during the Korean War and was a member of American Legion Post #71 of Duluth. He was also a member of the “Sno Saints” Snowmobile Club. Gene loved to talk, play the guitar and the harmonica as he and Lorraine traveled around the country camping and fishing.  Gene was preceded in death by his wife Lorraine, parents, brothers; Ralph Paulkrabek, Dale Youngbauer, nephews; Ryan Youngbauer and David Amundson.  Gene is survived his sister Marlys (Tom) Amundson, brother Ron (Glennes) Youngbauer, he leaves behind special friends Chris, Robyn and their children Makenzie and Nicholas Lynch and many nieces, nephews, and cousins.  A special thanks to the staff at Edgewood Vista Memory Care Unit and all the family members who helped in many ways.  Visitation will be held on Saturday September 26, 2020 from 10AM until the 11AM Mass of Christian Burial in St. Elizabeth’s Catholic Church. 610 99th Ave. West, Duluth, MN 55808. Burial will be in Polish Catholic Cemetery. Arrangements by Williams-Lobermeier-Boettcher Funeral Home. 3208 W. 3rd St. Duluth, MN 55806. 218-624-1059

To send flowers to the family in memory of Eugene Youngbauer, please visit our flower store.