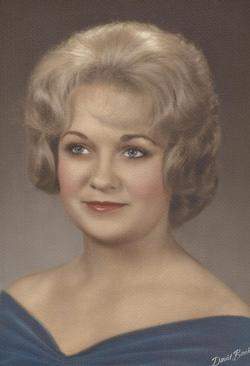 Evelyn Fay McVean, 73, Proctor, died July 3, 2015 at Ecumen Lakeshore. She was born in Duluth on April 9, 1942 to Perry and Dorothy Allie. She graduated from Proctor High School in 1960. She then married and made her home in Munger. Evelyn also graduated from Lake Superior College with a degree in Occupational Therapy. She worked at Lake County DAC in Knife River until her retirement in 2013. Evelyn had a special knack with flowers and was well known for her beautiful flower beds. She was preceded in death by her parents and sister Caroline E. Stitt in 1999. Evelyn is survived by her sons Shawn McVean, Duluth, Chad McVean, Cloquet and Justin McVean, St. Paul, sister Jean(Robert)Loven, Dululth, 5 grandchildren and several nieces and nephews. Visitation Wednesday 5-7PM at Williams-Lobermeier-Boettcher Funeral Home, 3208 W. 3rd St., Duluth. In accordance with Evelyn's wishes, no services will be held. Private burial at Oneota Cemetery.

To send flowers to the family in memory of Evelyn McVean, please visit our flower store.