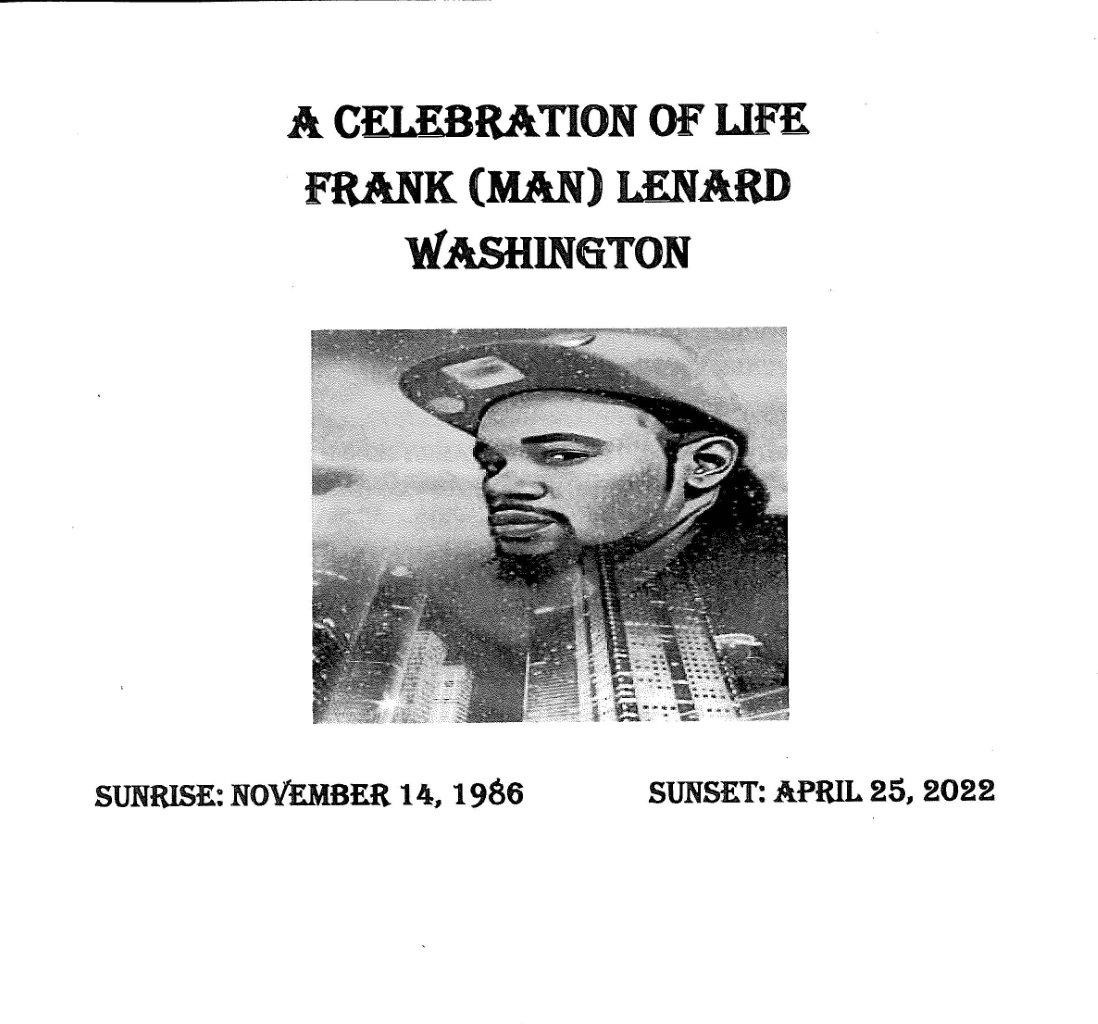 Frank Lenard Washington, 35, of Duluth, died Monday, April 25, 2022. Frank, known as “Man/Stutter Moe” was born on November 14, 1986 in Chicago to Roynetter Birgans and Frank Washington. Frank was the second child of many. He was a student of Chicago Public. His family moved to Minnesota in 1992 where he attended Minneapolis Public School, West Central Academy and North High School. He was a loving and caring son, grandson, father, grandfather, and a fabulous brother. He would give and help anyone, especially his siblings. He had a passion for cooking, barbecuing and doing dread locs. He was a serious and outspoken person and loved to play cards. Frank was stubborn and whatever he set his mind to, he did with lots of effort and passion. Man was his own boss who had big dreams of owning his own restaurant and was doing everything he could to succeed. Frank’s maternal grandfather, Elder Roy Lee Beard; uncle, Derrow Beard; auntie, Delphina Beard; paternal father, Frank; grandmother, Geraldine Collins; grandfather; auntie, Valerie Collins; uncle, Ezell Collins and many more preceded him in death. Frank leaves to cherish his memories; grandmother, Mary Birgans; mother, Roynetter Birgans; two daughters, Samara Washington and Malaysia Washington; two sons, Diontae L. Washington and Frank Washington; granddaughter, Legacy Washington; four sisters, Toshieka S. Washington, Tanisha N. Fields, Porscha M. Cooper and Miracle A. Jones; two brothers, Steven A. Cooper Jr and Paris I. Key and a host of sisters, brothers, nieces, nephews, aunties, uncles, cousins and a special friend, Samiera Garar. Funeral services were held.

To send flowers to the family in memory of Frank Lenard Washington, please visit our flower store.