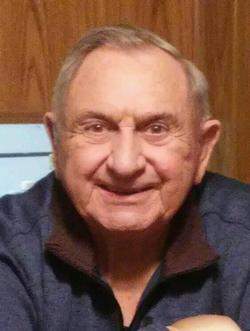 Gerald "Jerry" O. Weeks, 77, of Duluth, died Wednesday, March 22, 2017 in St. Luke's Hospice with his wife and family by his side after a long battle with cancer. Jerry was born June 6, 1939 in Alexandria, VA to Gerald and Josephine Weeks. Jerry moved to Watkins Glen, NY as a young boy, where he played football and graduated from Watkins Glen High School in 1959. Jerry enlisted in the U. S. Air Force in 1960, serving 21 years. After the service, he worked in security and investigation for different companies and for himself until his retirement. Jerry was a member of the American Legion Post 71, VFW Post 137 and a 50 year member of the Loyal Order of the Moose. Jerry always had a positive outlook on life, he loved to travel whenever he could, and he always liked to be with people. Besides his parents, Jerry was preceded in death by two grandsons, Mark Jr and Joey Weeks. He is survived by his wife and soul mate, Carol; sons, Mark Weeks and Gerald (Laura) Weeks; daughters, Natalie (Craig) Shepherd and Sin Mehaffie; two step children, Sherry (Gary) Fabini and Michael (Marci) Andrews; 11 grandchildren, five great grandchildren. The family would like to say a big thank you to St. Luke's Hospital and all their staff and to his three doctors, who were always there for him, Dr David Arvold, Dr Sandy Popham and Dr Anne Silva. Celebration of Jerry's life will be held from 2 to 4 p.m. with Military Honors at 2:30 p.m. Saturday, April 1, 2017 at the Proctor Moose, 415 3rd Ave in Proctor.

To send flowers to the family in memory of Gerald Weeks, please visit our flower store.