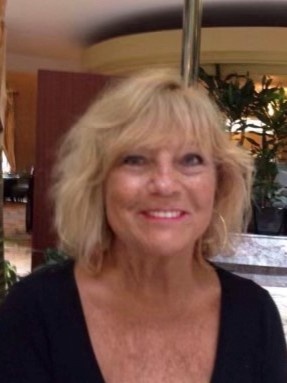 Gracelynn “Lynn” Hansen, 76, of Duluth, passed away peacefully on Monday, August 8, 2022 surrounded by her family. Lynn was born on November 29, 1945 in Duluth to Lorain and Wilma “Billie” Vanderford. Lynn was a lifelong Duluth resident and married Keith Hansen in 1963 and together they had one precious daughter, Kristi Lynn. Kristi meant everything to her. Keith and Lynn parted after many years and remained friends.  Lynn was a devoted Cosmetologist and owned Dynamic Hair Design for 25 years. She loved each and every client. She was very successful from the first day she opened her salon.  Lynn sold her business in 2000 and went to work for Melhus Management, working there from 2000 to 2009. In 2009 the owner of the apartment complex she managed, Lynn Ford decided to break ties with Melhus and have Lynn manage his properties independently. Lynn Ford became a close friend to her.  She worked for him for 13 years, managing and caring for the residents at Summit-Breckenridge Apartments.  Lynn belonged to the cosmetologist association for many years, The West Duluth Business Club, the American Legion, The West Duluth Moose, and Minnesota Housing Association.  Lynn was preceded in death by her sister, Teri Vanderford in 1996; her dad, Lorain in 2002; her mom, Billie in 2003; a brother-in-law, Sonny Paana on Christmas 2008; nephew’s, Paul Hicks, Cody Graves and Ron Paana Jr; a niece, Kim Dickson; her former husband and friend, Keith Hansen; and her furry friend, Toedo died this year.  Lynn is survived by her daughter, Kristi Lynn Hansen and Doug, who was like a son to her; her brother, T.J. Vanderford; her significant other of 32 years, Lloyd Hegg; nieces, Karin Hicks, Graycelynn “Lynn” HansenJoni (Steve) Carrozzo and their children, Kadyn and Carson, who called her “Minnesota Grandma”; Lynn (Ed) Tousley and Lynn’s son, Rusty Johnson, Robin (Knute) Graves, Laurie (Brad) Borgelt; a nephew, Ron (Sharon) Paana; her longtime friend, Diane Bolander; many special grand nieces and nephews.  Visitation 10 a.m. until the 11 a.m. memorial service Thursday, August 25, 2022 at Williams Lobermeier Boettcher Funeral Home. Inurnment at Oneota Cemetery. Memorials to Animal Allies would be appreciated.

To send flowers to the family in memory of Gracelynn "Lynn" Hansen, please visit our flower store.