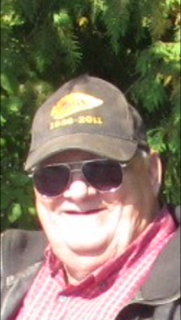 Harold James (Jim) Melde, 76, born April 28, 1941 passed away September 10, 2017 in a tragic ATV accident after a beautiful day on a ride, spent in the woods with his children. He was born to Howard and Constance Melde in Duluth, MN.  Dad fondly recalled his time spent living on their initially primitive farm in Carlton; an era in which boys were taught how to be men and work ethic was deeply instilled. Doing homework by kerosene lamp, tending the farm after school and picking fruit for Mom’s amazing desserts still left plenty of time for Dad to form the relationships that he maintained throughout his lifetime. Dad would frequently retell stories about individual people he encountered and the pranks they played on one another, describing each person as the most important in his life. Transitioning from the farm life, the family subsequently moved to Superior, WI. Throughout his adolescence, sports were a significant part of Dad’s life. He proudly claimed as a running back, he ran a 70 yard touchdown while demonstrating he was untouchable by his counterparts. Additionally, he participated in city league basketball and ran track. He often boasted that he set a school record in the 100 yard dash, a record that he would forever hold. When the family would comment how amazing that was, he told the rest of the story; the record would stand simply because they changed the 100 yard dash to 100 meters!

After graduating from Superior Central High 1959, he enlisted in the US Army and was stationed in El Paso, Texas and Germany. Dad shared countless stories about the many relationships he maintained. Most humorous were the escapades in which he was continuously pulling one over on others and getting away with things due to his charming “Yes Sir” type of attitude. His job was to write all the orders and he thoroughly enjoyed writing his own for discharge.

Upon being honorably discharged from the Army, he met the love of his life JoAnne McCauley and they married in 1964. After being a mechanic at the Chun King plant, he began his career in the rail industry when he took a job in 1964 in Illinois with the Chicago Great Western Railroad working as a foreman on the piggyback track. After numerous years of working gruesome hours, he moved his family back to Duluth in 1970 and took a job with the Duluth Mesabi & Iron Range Railroad. Initially working in the car shop as a Welder and Carmen, he was quickly promoted to the Supervisor of Locomotive Engines.  The men that worked for Dad were of utmost importance. He instilled in us to greatly value employees in exchange for their hard work. As children, we all got to “spend the night” in the Round House while Dad worked his shifts; we happily  slept on the steel counter after getting plenty of attention from the hard working men in the shop. Going on train rides, they led us to believe we were actually driving the trains ourselves.  Food was important to Dad and he would frequently motivate his men by offering them the amazing tacos from the Whistle Stop and other local restaurants in Proctor. As a proud child, knowing our Dad was the boss, our Brother clock watched the men’s lunch break on one occasion and reminded them that their break was over and it was time to get back to work. He proudly told Dad what he had done. Mortified, Dad said, “You leave those men alone, they work for me, not you!” Clearly Dad’s work teaching us was not an easy task.  Retiring from the Round House in 2001, he had perfect attendance; never calling in sick after 37 years of dedicated service.

For 16 years following retirement, Dad thoroughly enjoying spending time with family. He provided loving, quality care to our Mother through countless years of illness, proudly stating her Physician said what he went through was like going through the first year of medical school and coining him honorably as, “Dr. Melde.” Following his beloved bride’s passing, it appeared to be “his time” to do nothing as he thoroughly relaxed during countless outings fishing on Lake Superior while needing to be directly instructed to at least steer the boat. In departing, he often said, “Well, I better get back to doing nothing.”  We enjoyed gathering at cabin getaways, weekly dinners at his children's homes and monthly breakfast meetings with Carlton High classmates. He was a gun enthusiast and enjoyed target shooting and his newly found passion of ATV riding after accepting he would no longer ride a motorcycle again. Dad also loved playing cribbage with his son. He made a necklace with a 5 inch picture of a skunk and the loser had to wear the necklace in shame. Dad would be entirely thrilled to know that Dave ended up with it… forever.

Dad had the special gift of connection. He made all those around him feel like they were the most important in his life. His love, generosity and giving to others knew no limitations. When he learned of someone in need, he would extend his hand and offer a hand up. As he shared their plight with others, his eyes welled up with tears as he described the support they needed and he was going to make sure they got it. He was incredibly intelligent, always confident in what to do next and he could build or fix absolutely anything. As teenagers, he was our Chauffer by night and homemade pizza maker by day. He would especially increase his production if you told him how amazing his pizzas were. He loved bringing his rusty blue truck loaded with lights to his children’s sporting events and he got a big kick out of letting the kids entice the community by using his loud speaker to gather customers for Memorial’s softball team car washes.  His Grandchildren were incredibly dear to him, from reading and recording story books, making popcorn and sharing a movie, to surprising them with an amazing gift he thought they would love, he thoroughly enjoyed watching our faces light up with the joy he brought forth.

Being on time was of great significance to him; taking it to the extreme by being the first to arrive, frequently hours before the event. In reality, this was likely due to him wanting you to himself before his quiet presence was dominated by his “loud mouth kids.” During Thanksgiving, what he cared about most was assurance the hostess was cooking his favorite as he instructed, several packs of gizzards he purchased days in advance.

He was an unbelievable role model, confidante, neighbor and friend.  He embraced every single one of us with the love you experience once in a lifetime, if that at all.

Jim was preceded in death by his parents Howard and Constance; his infant sister Jenny and beloved wife JoAnne. He is survived by his siblings Joan, John, and Judy (Roger);  his children Kathy, Dave, Kelly and Brian; his son-in-law's Jesse and Jim;  daughter-in-law's Julie and Gay; his grandchildren Amanda, Richard, Tyler, Chaz, Bailey, EJ, Jennifer and Allie;  his great-grandchildren Travis and Dominic; special family members Derek, and T'harka and numerous other beloved relatives. The family would like to thank the Finland Fire Department, the Lake County Ambulance Service, Lifelink, MNDNR, Lake County sheriff dept, Joe Stanley and a group of out of town good Samaritans who worked diligently for hours to save Our Dads life.

Isaiah 41:10: “So do not fear, for I am with you. Do not be dismayed, for I am your God. I will strengthen you and help you; I will uphold you with my righteous hand.”

To order memorial trees or send flowers to the family in memory of Harold Melde, please visit our flower store.