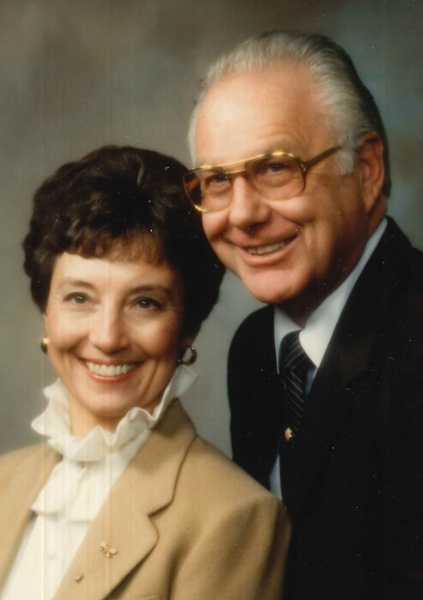 Harold (Hal) Charles Smith passed away on May 18, 2021. Hal was born July 15, 1929 to Charles Herbert Smith and Eliza Handy Harding.  Hal was born and raised in Ogden Utah.

He attended Ogden High School.  Hal joined the Army immediately after graduation and served from 1947 to 1950.  Upon leaving the Army Hal served a mission for the Church of Jesus Christ of Latter-day Saints in Hong Kong, Hawaii and San Francisco’s Chinatown.

Dad was active in the LDS church serving in various callings.  Hal loved his time serving as Branch President in Duluth Minnesota and loved the members of his ward.  Hal loved singing and sang with the Southern Pacific Men of Song. Hal worked for the Lockhart Company before finding his true passion in life. Hal is best known for his beloved Hal Smith Health Spa in Duluth and loved fitness and the people it allowed him to meet.  Hal was the ultimate forever optimist.  He was known for his humor and wit. His “Hal-isms” will forever be remembered by family and friends. Hal had a lot of energy and coupled with his hard work ethic, simply put, he got a lot of stuff done. He was particularly handy with a hammer and drill and freely offered to help any and all in need. He once put new siding on a house in exchange for piano lessons for his grandson. He did not give up his ladder until he was 90 years old. Hal called himself the “imperfect perfectionist”.  Hal married Gladys Ruth Lee in December of 1952. Together they had four children, they later divorced. In 1977 Hal married Marcia Triplett Wiberg and together shared a wonderful life until his passing.

He was preceded in death by his parents and two brothers.

A Funeral will be held on May 27th at 11:00 am in the Duluth LDS Ward building, 521 Upham Rd. There will be a viewing prior to the funeral from 9:30 - 10:30 am.  Graveside services will be held at a later date in Ogden Utah. Hal will be deeply missed by his family and friends. “You can’t keep a good man down”.

To send flowers to the family in memory of Harold (Hal) Smith, please visit our flower store.

The Church of Jesus Christ of Latter-day Saints

The Church of Jesus Christ of Latter-day Saints