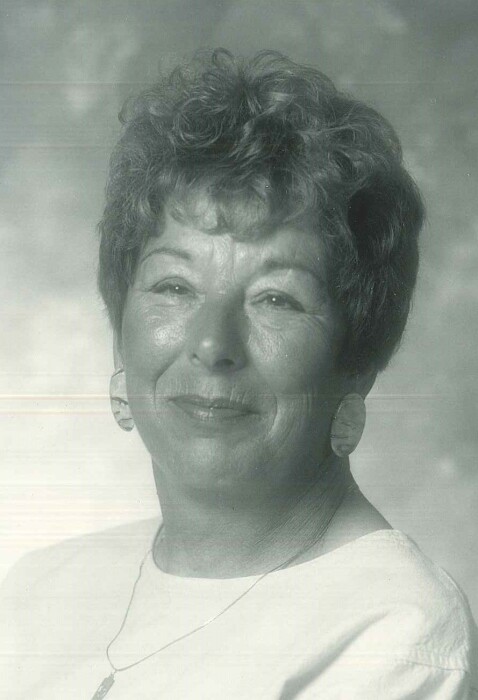 
Helen V. Lind, 91, of Duluth, died Thursday, July 15, 2021 at Essentia Health St. Mary’s Medical Center. She was born in Duluth October 24, 1929 to Frank and Tomica (Marendic) Vitich. Helen was a graduate of Denfeld High School (1947), and the Duluth Business University. She married Morrie C. Lind on November 11, 1950 at Good Shepherd Catholic Church. Helen enjoyed gardening, reading and traveling. Helen had worked at U.S. Steel, West Duluth News, and for the City of Duluth where she was the city gardener. She designed Enger Park Garden and the planting at the Rose Garden. She was a former member of Good Shepherd Catholic Church and currently a member of Holy Family Catholic Church. She was a former member of the Irving Hockey Assoc., the Irving Community Club where she was the treasurer. She was a charter member of (SVCNDA) Spirit Valley Citizens Development Assoc. as a volunteer for over 25 years for West Duluth. She was a charter member of Project Hope (Help Out People Enterprise). Helen was appointed to the Women’s Commission for the City of Duluth. She also sat on the Interstate Commission. Helen was an advocate for West Duluth, and also a dissident for policies that would adversely affect her neighborhood. She was a member of Good Shepherd Catholic Church until it closed. During that time, she was CCW member. She also was cochairman of the Christmas bazaars. She also sang in the choir. She and her family were in charge of the church environment for many years, which often included a fifteen to twenty ft live Christmas tree. She was a CYA (Catholic Youth Association) teacher for her sons at that young age. Many people will remember her as a chaperone at the Teen Age Dances at Good Shepherd. Helen raised five children in the house next door to where she was born. She learned gardening skills from her parents. Her husband helped build a small rose garden at her home. She became a member of the Peoney & Iris Society and the Rose Society. At age 50, Helen began work as a gardener for the City of Duluth. She had no formal training but learned her skills from reading. Helen designed the garden at Enger Tower. The Rose Garden was also designed by Helen in the same manner as the English Gardens she visited in England. The gazebo was from a picture she saw in one of her magazines. She brought it to Mayor John Fedo and he told her to go and order it. Gardening was the hobby she loved !! Her own garden at home was beautiful. When she decided it wasn’t something she couldn’t continue, she gave away her plants to future gardeners. Helen was preceded in death by her parents; her siblings Millie Frazier, Louise Adamic and John Vitich; her daughter-in-law Charlene Lind; and her husband Morrie on June 10, 2004. Helen is survived by her children: David M. (Gail) Lind of Prior Lake, MN, N.Suzanne (Jim) Reijo, Mark (Martha) Lind, Christopher (Christie) Lind and Paul A. Lind, all of Duluth; eleven grandchildren and eleven great-grandchildren.
VISITATION: Tuesday, July 27, 2021 from 11am-12pm, followed at 12 noon with the Mass of Christian Burial at Holy Family Catholic Church. Burial will be at Oneota Cemetery. If so desired, memorials may be directed to the Miller-Dwan Foundation, 502 E. 2nd. St., Duluth, MN. 55805. Arrangements by Williams Lobermeier Boettcher Funeral Home, Duluth, 218-624-1059.

To send flowers to the family in memory of Helen Lind, please visit our flower store.