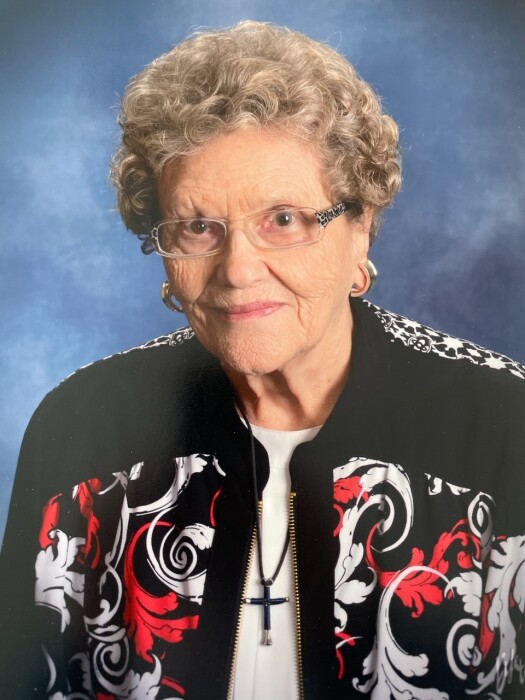 HelenMary Sysimaki, 100, of Duluth, went home to join her Heavenly Father on Monday, January 31, 2022 at the Elysian Senior Home surrounded by her family. She was born on June 27, 1921 in Alexandria, MN. Her parents were Dr. K.V. and Alma (Ristell) Arminen. HelenMary graduated from Hancock High School and Finlandia University in Hancock, MI. She married the love of her life, Bill Sysimaki, on September 5, 1945 in Duluth, 5 days after he returned from WWII. She worked in Duluth as a paralegal and finished her career as a school secretary for the Duluth School District. Her children, their spouses, grandchildren their spouses, and great-grandchildren were the joy of her and Bill’s lives. HelenMary was a lifeforce. With her 99.5% Finnish ancestry, she was the definition of SISU. An avid volunteer, she conducted an exercise program into her mid-nineties, was a 17 yr. helper of 5th grade readers, took on various responsibilities at her church, and was instrumental in helping get her elderly populations out to vote. She had a sense of dignity, humor, grace, and style. She made lifelong friends of all ages, caring about and relating to them. HM was a woman of strong belief and declared on her final day that, “It was the perfect day.” That was her faith! She was currently a member of Grace Lutheran church. HelenMary was preceded in death by her parents and her husband, Bill. She is survived by her children, Linda (Brad) Habberstad of Island Lake and Jim (Heather) of Onalaska, WI; five grandchildren, Nikki (Joel) Bunting, Kaylyn (Jon) Holets, Ari Sysimaki, Matti Sysimaki and Kaija (Ben) Towle; three great-grandchildren, Levi Bunting, Taraji and Tatiana Holets. HelenMary celebrated her 100th Birthday last summer and was able to see her family and friends and say her “Good Byes” in person. Private family services were held. Burial at Park Hill Cemetery. The family would like to extend our gratitude to her caregivers from Kindred Hospice, Elysian, Keystone Bluffs, Option Care, Grace Lutheran and her care team at Essentia. You all showed her grace, dignity, and love. Arrangements by Williams-Lobermeier-Boettcher Funeral Home.

To order memorial trees or send flowers to the family in memory of HelenMary Sysimaki, please visit our flower store.