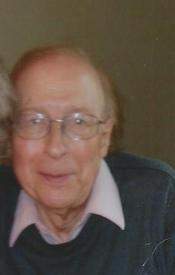 Our beloved Howard Chester Zimm, of Grand Ave. with A choir of Angels and Saints and surrounded by loving family members went home to be with the Lord on Sunday, January 20, 2013. Howard was born in Duluth on June 25, 1936 to Chester and Irene (Roginski) Zimm. During his ten year courageous struggle with cancer Howard never complained, always believed and fully relied on God. He graduated number one male from Duluth East High School and had multiple scholarship offers; but he chose the University of Minnesota Duluth's School of Business graduating Summa Cum Laude. Growing up he developed photos, made a telegraph machine, and made explosives. He had an inquiring mind and continually sought knowledge in engineering, math and Science. He loved music and performed in East High Schools Operettas. He was extremely generous and loved choosing the best presents he could find especially at Christmas. He was a member of St. James and a former choir member. He loved playing tennis with his son and walking at least three miles a day. Howard worked in the HVAC, Sheet Metal Construction, Chester Zimm Inc and owned and operated Star Recording and Affordable Systems. After years of courtship, he married his beautiful wife calling her "my love", Terri Klimek in August 2005. He will be remembered for his kindness, radiant smile, two handed wave, and tic tacs. He was preceded in death by his parents and a great nephew, Silas Crowe. He is survived by his wife, Terri Klimek; a brother, Gary (Donna) Zimm of Duluth; a son, Corey (MaryLou) Zimm of Duluth; a stepdaughter, Debbie (Curt) Packingham of Duluth and a stepson, Danny (Michele) Hager of Chisholm, MN; brother and sister in laws, John and Virginia Tuttle of Esko; five stepgrandchildren; 15 nieces and nephews; 15 grandnieces and nephews; many family and friends and his cat "Zip". Visitation will be from 9 a.m. with prayer and song just prior to the 11 a.m. Mass of Christian Burial Friday, January 25, 2013 in St. James Catholic Church. Fr James Bissonette officiating. Burial in Oneota Cemetery. To sign the guestbook on-line, visit www.wlbfuneralhome.com. Arrangements by Williams Lobermeier Boettcher Funeral Home.

To send flowers to the family in memory of Howard Zimm, please visit our flower store.