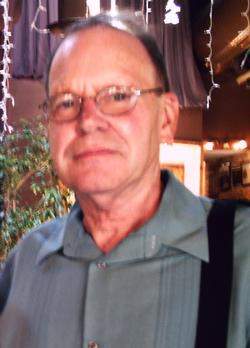 Irvin D. "Irv" Mossberger, 70, died on Thursday, Oct 2, at Solvay Hospice House. He was born in Superior, Wis, on March 10, 1944, to Irvin L. and Claudine (McGill) Mossberger. He graduated from Superior Central High School in 1962 and in 1971 completed his BA degree in English & History with a minor in Political Science at UW-Superior. From 1966-1968 he served in the U. S. Army. His tour in Ethiopia ended as crew chief with the Ethi-US mapping mission. As a graduate assistant at UW-Superior he supervised a writing lab for composition in the English Department. For 29 years he worked at the Duluth Herald and Duluth News Tribune as sportswriter, reporter, regional editor, city editor, columnist and Executive Sports Editor. He retired in 2001 but never stopped caring about the quality. He edited his home copy and offered input when he saw need. He served as President of the Minnesota Associated Press Sports Editors and Duluth Superior Newspaper Guild. Prior job experiences varied from newspaper carrier, factory worker, wrecker operator, ship's porter, to truck driver and more. For years he was a bartender at Eddie's Supper Club and Sammy's Elbo Room and shared ownership of the Apollo Bar. Irv was passionate about everything he did but especially playing sports. He enjoyed golf, curling, softball, bowling, basketball and pingpong. Relaxation was bicycling, carpentry, music, reading, and poetry. He was a member of the former Zoar Lutheran, American Legion, NRA, and a past member of Nemadji Golf Club and Superior Curling Club. Travel and golfing were enjoyed many years until health made it difficult last year. He quit softball at 64 but still missed the game. Irv married Carol Bartlett on June 9, 1984, at Bethany Lutheran Church in Duluth, MN. She never stopped believing in him. He loved his children deeply. Grandpa time with Shelby and Maddie was his joy. He was preceded in death by his parents, sister Beverly Androsky Baker, brother-in-law, Jack Anderson, and in-laws, Fred and Lucille Becker. He is survived by his wife, Carol; son, Irvin G. Mossberger; daughters, Melissa (Jeremiah) Haynes and Summer Kubat; stepson, Sean (Kim) Bartlett and grandchildren, Cody Delay, Madeline Lynch, and Shelby Bartlett; sister, Barbara Anderson; brother, Gordon (Judy) Mossberger; brother-in-law, Kevin Baker; sister-in-law, Arlene (Tom) Bjorkman; brother-in-law, Darrell (Karen) Becker; two aunts, several cousins, nieces and nephews. Thanks to staff at St. Luke's, Mayo Clinic and Solvay for all the care and kindness during his battle with COPD. Special thanks to Pastor Noordzy and chaplains at St. Luke's and Solvay for being there to support us through his final journey. He left us peacefully with dignity and grace. Visitation 4-7 pm Thursday, Oct. 9, at Williams-Lobermeier-Boettcher Funeral Home, 3208 West 3rd St, Duluth. Funeral service 11 am Friday, Oct 10, at Bayside Baptist Church, 3915 N. 16th Street, in Superior. Rev Henry Noordzy officiating. Internment at Greenwood Cemetery. In lieu of flowers donations for Solvay Hospice House would be appreciated.

To send flowers to the family in memory of Irvin Mossberger, please visit our flower store.