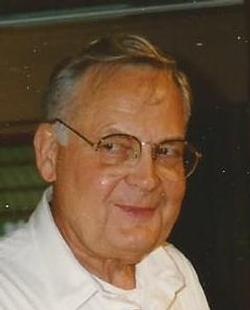 Jack Leroy Altonen, 85, of North 40th Ave West, passed away Thursday, March 31,, 2016 in Essentia Health St Mary's Hospital. Jack was born on July 26, 1930 in Duluth to Nestor and Lillian Altonen. He grew up in the Merritt neighborhood was a 1948 graduate of Denfeld High School and attended UMD. Jack married Beverly Anderson on October 13, 1950 in Duluth. Jack was in sales for Kraft Foods and following his retirement, Jack worked at Menards in Hermantown. Jack was a member of Our Savior's Lutheran Church, where in was confirmed on June 5, 1955 and was a past member of the Euclid Masonic Lodge. He was preceded in death by his parents and a son, Scott Altonen. He is survived by is wife, Beverly; two sons, Mark (Cheri) and Keith (Sandra) both of Duluth; a daughter-in-law, Lisa Altonen of Grand Rapids, MN; grandchildren, Benjamin, Jerry, Jonathan, Jessie and Dillion. Graveside services will be held in July at Oneota Cemetery. Memorials to Our Savior's Lutheran Church would be appreciated. To sign the guestbook on-line, visit www.wlbfuneralhome.com. Williams Lobermeier Boettcher Funeral Home is entrusted with final care.

To send flowers to the family in memory of Jack Altonen, please visit our flower store.