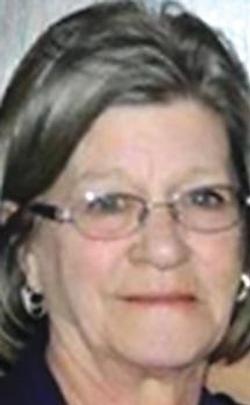 Jacqueline K. "Jackie" Morris, 71, of Morgan Park, died Sunday, November 27, 2016 in her home. Jackie was born on September 8, 1945 to John and Joan Savor in England. Her family moved to Morgan Park from England when Jackie was a young girl. Jackie graduated from Morgan Park High School and attended UMD. She married Philip Morris on June 10, 1970. Jackie started her business career at the Morgan Park Steel Plant Office in the 60's before the lights went out. She then moved on to a long career with the City of Duluth, retiring as payroll manager in 2008. Jackie was not only "head cheerleader" on the athletic field, she was a true "head cheerleader in life". Jackie was a member of the Morgan Park Community Club, serving as secretary and served as one of the local historians and community activities. Organizing community events and activities specializing in the promotion of the Morgan Park neighborhood. She was thought as the local ambassador for her community and was a true champion. She was preceded in death by her parents, her husband, Philip, her in-laws, Bob Morris, Donna Morris, Jackie Morris, Larry Morris and Ken Morris. She is survived by her daughter, Lisa Wentzlaff (Dean Herold) her beloved grandchildren, Alissa, Johnny and Rhiannon; sister-in-laws, Connie Morris and Fern Morris and brother-in-law, Gordy Morris. Also, her faithful four legged friend Woody. Visitation 10 until the 11 a.m. Memorial Service Thursday, December 1, 2016 at Elim Lutheran Church. 6101 Cody St. Rev Jim Hagen officiating. Inurnment at Oneota Cemetery.

To send flowers to the family in memory of Jacqueline Morris, please visit our flower store.