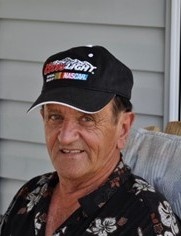 Jacques “Frenchy” Richard, 81, passed away peacefully on Sunday, Oct 10, 2021. He is survived by his three children, daughter Denise Richard of Proctor, son Josh Richard (Ramona Treuer) of Minneapolis, and daughter Alison (Scott) Nielcen of Iron River, WI.  He is preceded in death by his son Jason Richard in May of 1991. Frenchy leaves behind 7 wonderful grandchildren, John, Grayson, Owen, Amelie, Henry, Claire and Milo, all of whom adored their Grandpa.

Frenchy was born on December 14, 1939 in Lambton, Quebec, Canada.  The son of Gérard and Jeanette Richard, he grew up with his 8 siblings all of whom are still living: Reginald, Gregoire, Micheline, Vital, Francoise, Jean-Louis, Pierre, and Huguette.  He moved to Rumford, Maine in his 20s and met and married Gloria Breau (Sohlberg).  He became a US Citizen in May 1969 and worked at Breau’s Dairy then at Boise Cascade paper mill.  Frenchy and Gloria moved their family to Hermantown, MN in 1987 where he was part of a team that launched the LSPI paper mill in Duluth. Though their lives took different paths, Frenchy and Gloria remained in touch over the years.  In 1994, Frenchy moved to Norton Park which was clearly home to him. Frenchy officially retired from the paper mill in 2002 and remained connected to many coworkers in retirement. He took many jobs in retirement, including selling his handmade furniture, repairing snow blowers and lawn mowers, delivering auto parts for Auto Value and working at the Gopher. He will be remembered by his Norton Park neighbors for his many stories, positive attitude and willingness to help. Frenchy loved spending time with his family and friends.

Anyone who met Frenchy, will remember him. He had a gift for telling stories that were larger than life. Frenchy was one of a kind and will be terribly missed. A celebration of life will take place in June 2022. The family wishes to thank the staff at Aftenro Home, Kindred Hospice, and St. Luke’s Health staff for supporting him in these last few months.  The family also thanks all of his neighbors for helping Frenchy stay in his house as long as possible.

To send flowers to the family in memory of Jacques Richard, please visit our flower store.