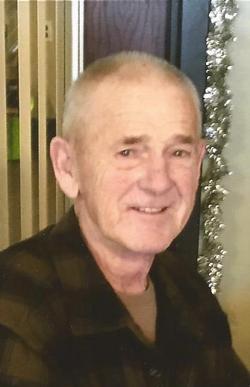 James "Bucky" Korpi, age 72, Duluth, died April 23, 2016 at Solvay Hospice House. He was born in Park Rapids, MN, on May 13, 1943 to John and Mary Korpi. He was a 1961 graduate of Eveleth High School and a Vietnam-era Air Force veteran. He married Merle Malone on October 19, 1963, in Holyoke, MA. He owned and operated JK Printing and Laminating for many years. He was a member of Holy Family Catholic Church, West Duluth American Legion, West Duluth Community Club and the Duluth Amateur Hockey Association. Jim could be found on the golf course, in a deer stand, watching his grandchildren play sports, or being involved with hockey in some capacity. Jim is preceded in death by his parents, mother and father-in-law Mr. and Mrs. Thomas Malone, infant son James Michael, sister and brother-in-law Fran and Bob Peyla, brothers Patrick and Steve and nephews Eric Croteau and Steve Thompson Jr. He is survived by his wife of 53 years, Merle, son John(Bobbi), daughter Kelly(Jason)Thorsten, grandchildren Kennedy Korpi and Aidan and Mya Thorsten, sisters Janet(Joseph)Croteau, Jackie(Steve)Thompson, Helen(Dick)Axelson and Debbi Vito, special family Chad and Patty Hinnenkamp and their children Nick, Matt, Megan and John and many nieces and nephews. A special thank you to Dr. Carlson and nurse Julie, Dr. Kuross and all the nurses in the infusion department, Dr. Wiederin, and the staff at the Solvay Hospice House. Visitation Sunday 5-7PM at Holy Family Catholic Church, 2430 W 3rd St., Duluth and continues Monday from 10AM until the 11AM Mass of Christian Burial at Holy Family. Burial at Ft. Snelling National Cemetery at a later date. Military Honors accorded by the Duluth Honor Guard. Memorials preferred. Final care entrusted to Williams-Lobermeier-Boettcher Funeral Home.

To send flowers to the family in memory of James Korpi, please visit our flower store.